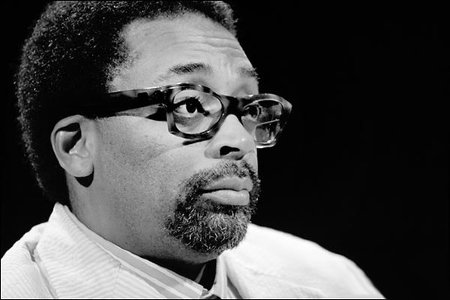 Can filmmaker Spike Lee encourage black male college graduates to “do the right thing” and go into teaching? The famous director teamed up with Education Secretary Arne Duncan yesterday at the nation’s only all black male college campus, Morehouse College. Together they issued the call for more black men to give back to their communities by heading to teach in a K-12 classroom.

The town hall meeting and discussion was part of the Department of Education’s TEACH campaign, which hopes to raise awareness of the teaching profession and inspire Americans to step up and make a difference in the classroom. Given the shockingly low numbers of black men teaching in public schools, the campaign couldn’t be more timely.

Of the nation’s 4.8 million public school teachers, only 1.7 percent are black males, meaning that most kids will go through their entire K-12 careers without seeing what one Morehouse student described as “caring, responsible and honest black men in positions of authority.” Indeed, as a parent of two black boys, I’ve resigned myself to the likelihood that my two sons may never have a role model who looks like them standing at the head of the classroom.

Lee, who is a Morehouse alumnus, shared stories of two such role models—black male educators who motivated him to do well in school and pursue his dreams. He also acknowledged the pressure on men to go into higher paying careers such as law, medicine, or business after graduation, but told the crowd that, “Everybody can’t be a business major. We have to educate ourselves. We have to educate our young black men.”

Activist and MSNBC contributor Jeff Johnson also joined Duncan and Lee at the town hall to talk up his new task force, 5 by 2015. The goal of the organization is to “increase the number of black male teachers nationally to 5 percent by 2015.” That means putting 80,000 black males—both recent grads and career changers—in teaching positions in the next four years.

It’s an ambitious goal because one of the consequences of the achievement gap is the relatively small pool of black men with college degrees. Black men are only 6.5 percent of the U.S. population, and in 2008 they were only 5 percent of college students. Given those kinds of stats, there simply may not be enough qualified black males to answer the call.