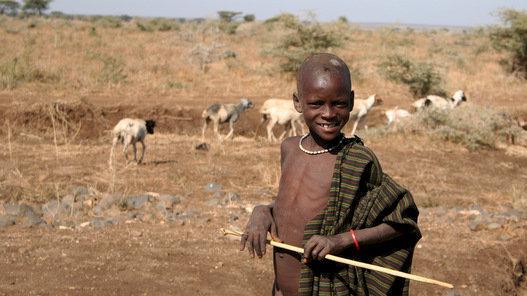 Since 1992 the Ugandan economy has been developing positively. But the increasing wealth has not reached the entire population. One in three Ugandans still live below the poverty line.

Since the beginning of the 1990s, the Ugandan economy has improved radically. The government is attempting reforms in order to achieve economic stability and has privatized several public companies.
Corruption is widespread in Uganda and it affects the poorest part of the population heavily. In spite of improvements every third Ugandan still lives below the poverty line, and in northern Uganda around 70 per cent of the population lives under the poorest conditions as a result of the armed conflict between Uganda’s government army and the rebellion group Lord’s Resistance Army.
In the same area, extreme weather conditions affect the population on a regular basis, as a result of the world’s climate changes.
Uganda also struggles in other areas. Luckily, the number of HIV infected has declined, but more than two million children in Uganda have lost their parents to AIDS.

WHAT WE DO IN UGANDA

In Uganda DanChurchAid works in two geographic areas: In southern Uganda we deal with HIV/AIDS projects, and in north eastern Uganda (Karamoja, Teso and Katakwi) we also focus on food security, extreme climate and development of political space.
We work with:

French parents are to be BANNED from home-schooling their kids as part of Emmanuel...