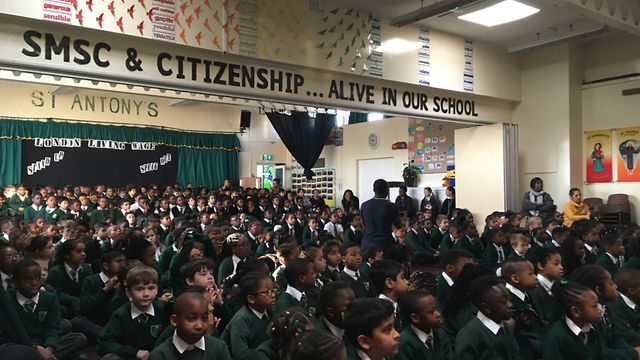 The top performing primary schools in London have been revealed today by Parent Power, the Sunday Times’ Schools Guide 2022.

Every parent wants their child to get the best start in life and for some Londoners they are in the lucky position of living next to some of the best schools in the country.

Following the impact on schools due to the pandemic, Parent Power has also chosen the best 26 schools of the decade from all over the UK in recognition of their sustained excellence.

Unsurprisingly, that also made it the top primary school in London.

Alastair McCall, editor of Parent Power said;“This is a school that goes above and beyond every day in its quest to do the best for its children.

“Their achievements are many, not least in recording the best SATs results in England, but the spirit and culture of the school are what truly sets it apart.

“Children are told that it is not where they are from that matters, but who they are.

“High levels of deprivation are no barrier to success here and children are taught to aim high and have confidence in themselves.

“This is a school with a social conscience, an outstanding work ethic, a hugely talented staff and children for whom nothing is impossible.”

Look what happens when a failing school with predominantly black children is headed by a black Jamaican educator with empathy, love, compassion and a ‘can do’ vision for the children, telling them to “believe in their own genius”.

This school is now in the top 10 in the country. The Times’ Parent Power School Guide 2021 named St Antony’s as the best primary school of the last 10 years.

It proves that often our children are failed by the education system not imbuing them with self belief and an environment to flourish and one which fosters success.

As with black healthcare there are apparently better educational outcomes for black children who are taught by black teachers or overseen by black head teachers.

If teachers do not support the vision then they must go.

“All these changes did not come without a heavy cost, however; there was an exodus of staff within the first year of my tenure as a result of the demand for 100 per cent commitment to the new thinking and approach as well as the establishment of non-negotiable aspirational targets and outcomes for all children” says the headteacher.