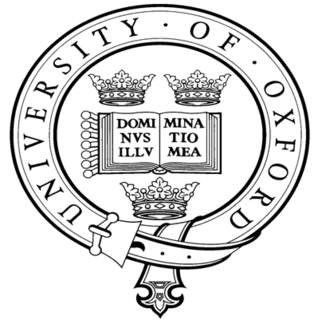 David Cameron was embroiled in a race row with Oxford University yesterday after claiming that only one black student had started studying at the university last year.

The Prime Minister made his comments while defending the Government’s controversial tuition fees policy at an event in Harrogate, North Yorkshire.

Asked whether tuition fees of £9,000 a year would put off students from poorer backgrounds, he said top universities needed to attract those students. “I saw figures the other day that showed only one black person went to Oxford last year,” he added. “I think that is disgraceful. We have got to do better than that.”

However, Oxford University immediately issued a statement saying that the figure was “highly misleading”. It referred only to UK undergraduates from Afro-Caribbean backgrounds in a single year – 2009/10. In fact, it said, in that year 41 undergraduates with black backgrounds were admitted to the university. In addition, 22 per cent of Oxford’s total student population came from ethnic minority groups.

“The figure quoted by the Prime Minister is incorrect and highly misleading,” said a spokeswoman for the university.

The figure first emerged last October (2010) when Mike Nicholson, Oxford’s director of admissions, said: “What is worrying is that only 71 black Caribbean students in all of the UK achieved three grade As [at A-level] out of nearly 36,000 overall.”

There is a detail in the plot. I didn’t go to Oxford, so I can only guess it’s not their fault how many black students they have, and if there really was only one b black British Caribbean student admitted last year, we are sitting in the middle of a national catastrophe that blaming each other is not going to help.

Proceeding scientifically, you make a hypothesis: Oxford is racist. Now you have to question what you would expect to see if that were the case, and obviously the least number of black students possible. But this is not what you find because they seem happily willing to accept black and Asian students, and it is only black British students who can’t get in. So if not racist, what?

We made a fundamental mistake in our hypothesis, that we predicated our research on its own conclusion and fell among tautology. We know Oxford does not admit, except very rarely, black British students, but we forgot to ask if black students are first of all meeting the academic standard. If not, and it does seem not, then we need a new hypothesis.

So the question I will leave to the logic of your method: Why do black children fail at school?

Low academic achievement is not a racial issue, it’s much more associated with socioeconomic class. Poorly educated, inadequately mentored, low achievers of all races perpetuate their lack of ambition. The stunning success of the immigrant South Asian and Chinese ethnics in both British school and higher education speaks volumes for the critical role of the family in nurturing ambition and providing motivation.

Quote – “The most important reason why too few poorer students even apply to leading universities is that they are not achieving the required grades at school.”

Why do politicians and people in the media assume that if you are black you are poor?

Not all black people are poor and not all white people are rich. This belief might be due to the representation of sad black faces that feature on charity leaflets. It is infuriating, because it seems to be a way of perpetuating an air of superiority that if you are white you are rich and if you are black you are poor. I remember being asked by someone, if I was poor growing up. The only reason I was asked this was the colour of my skin. I believe this person had that idea in his head because he had been brainwashed into thinking that all black people are poor. It is time for the media and politicians to stop equating the two and for charity organisations to continue to feature all black faces on leaflets pleading for handouts.

***
The whole point of a university like Oxford is that it takes the best. If there are quotas, or weighted application procedures, the atmosphere of excellence will be diluted.

Any student who is accepted onto an Oxbridge course based on ethnicity, or gender, or some other criteria, rather than academic excellence, risks being found out at their first tutorial that they are not up to it.

***
Let us not forget that not many years ago bribes were being paid by the wealthy parents of teenagers at fee-paying schools in order that their offspring could be “awarded” places at Oxbridge colleges. The only action taken was mild disciplinary measures against the individuals who were receiving the bribes.

***
Thus ensuring the privately educated stay at the head of the queue ad infinitum – such is their excellence we continue down the ever increasing slope of the like minded.

***
There was a 2001 movie call HOW HIGH starring the Black Rappers Method Men and Redman about two GANGSTERS from the HOOD getting into Harvard University in the United States which is the equivalent to Oxford University in England! This movie is supposed to be a satire about elite education in America but shows the pluralism of the system to allow marginalized people to enter elite institutions! If Prime Minister David Cameron says that HE wants more Blacks at Oxford and Cambridge, then these Universities should comply because a movie like HOW HIGH(2001) shows that America is a more inclusive society than Britain!!!

***
I remember this story when it came out- it was a single Oxford College that admitted only 1 black kid, not the whole university.

I went to a very bad rural comprehensive school but there were exceptional students there with top grades that never seemed to get into Oxbridge. My boyfriend went to Dulwich College however, and most of his friends went to Oxbridge, he was considered a failure for going to Sussex. Faced with numerous students with straight A’s, Oxbridge sticks with what it knows, confident, privately educated upper middle class young people.

***
Comprehensives, bad or not, tend not to breed the atmosphere of academic excellence that Grammar and Independent Schools can achieve. Able students, particularly in rural areas, often have low aspirations, and apply to the less prestigious universities as a result.

Oxbridge does indeed stick with the confident and academically gifted. It’s just that there tend to be fewer such candidates in the State Sector! Those who do apply (as you correctly point out) are poorly prepared for their interview, and cannot assert themselves in the same way as their independently educated colleagues.

***
I don’t know why nobody has suggested this maybe it is too radical? But the simplest and fairest way to allocate places to students would be on the subjects they chose to study at A level and the grades awarded.

If universities were not given any other information except this simple facts, how could they be accused of bias or being unfair? They will have no idea until after a place had been offered, whether the student was black, white or even green with purple spots?

This may be too simplistic, I don’t know, but the current UCAS system where a student has to write a personal statement hinders those from poorer backgrounds from the get go as they will not have had the opportunity to get involved in the many extra-curricular activities that those from more affluent backgrounds do.

11 places for an English undergraduate degree course. 300 applicants, all of whom have 4 A grades. How would you choose?

It has to go on personal statements and references from schools. A candidate won’t bother applying if they aren’t already getting the grades needed.

You are correct in your suspicion that some candidates are disadvantaged when they prepare their personal statement. Not only do they have a much reduced extra curriculare experience to draw on (even less so now that Sixth Forms’ funding is being reduced), but they also do not necessarily have teachers who are expert in preparing students for the UCAS application process.

Surely you must realise that this statement supports what I have to say about change? Surely the young student who obtains 4 A*s in their A levels from Tower Hamlets is a far more able student, given the economic and social problems they face, than the student who achieve’s 4 A*s in a private school, whose class had a maximum of ten in it?

While I know my suggestion does not take this into account, it is only a suggestion, but to continue to support the status quo is tantamount to endorsing the continued segregation of our youth. And while I still think that Cameron is a buffoon and is trying to play to the masses with this, I agree with the sentiment, but with one adaptation; the university needs to look at its selection system and change it to become a lot more open FOR ALL, be they black or white or brown or pink!

***
You may well be able to change the system to allow a greater number of students from “non-traditional” backgrounds access to the top Universities.

You would not be able to change their sense of betrayal when they found that you’d had to relax the admissions standards to allow them in, and now they couldn’t cope with the degree course.

Remember, too, that universities are penalised for every student who doesn’t complete their course.


***
They came from abroad (International Students) there are more Nigerians that have graduated from Oxbridge than Black british and why is that, black british people want to play football and win X factor show because that is what they are encouraged to do at the secondary school level. The same problem is in Harvard where there are more Black African international students than African-American.

***
Sadly, 3 A grades at A-Level does not guarantee you a place at Oxbridge or any other good university.

Source: The independent (Commentary taken from readers of the Independent)