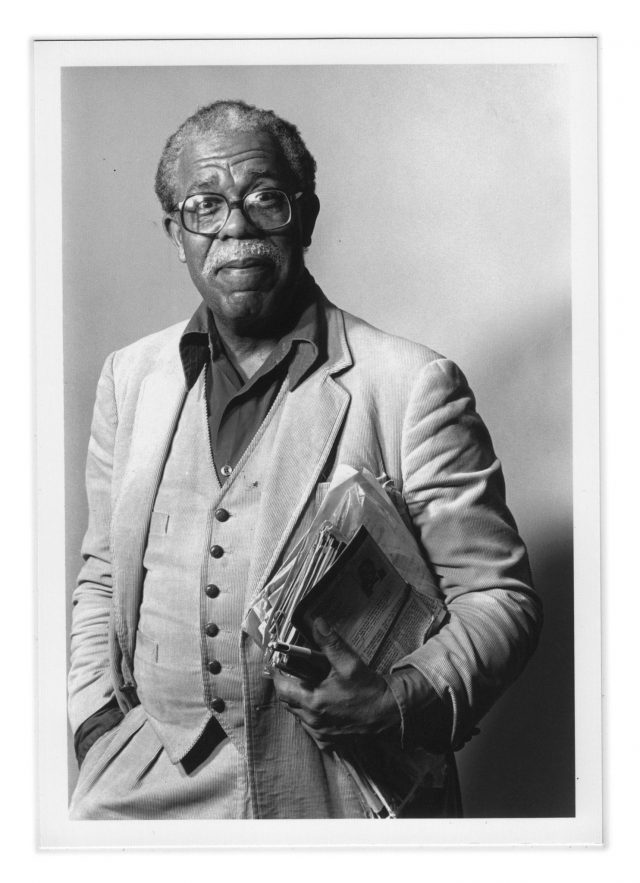 “Mother dear, may I go downtown

Instead of out to play,

And march the streets of Birmingham

In a Freedom March today?”

For the dogs are fierce and wild,

And clubs and hoses, guns and jails

Aren’t good for a little child.”

So begins “Ballad of Birmingham,” a poem inspired by the 1963 bombing of the 16th Street Baptist Church in Birmingham, Ala., that killed four black girls.

They were also the first words that the poet, a librarian named Dudley Randall, printed and copyrighted under the name Broadside Press in 1965.

He did it to retain his rights to the poem, which was adapted into a folk song by Jerry Moore.

Randall started the publishing house, which was based in Detroit, with his librarian’s paycheck, and it swiftly became a success, producing dozens of broadsides — a printing style in which just one side of the paper is used — as part of the Black Arts Movement, a flowering of African-American literature, theater, music and other arts.

“Black authors could not be published by white publications, white magazines or by white publishers,” Randall said in a 1973 interview with Speakeasy Culture, a literary publication out of Central Michigan University. “We had to do it ourselves.”

Broadside Press seemed to be a natural addition to the cultural landscape of Detroit in the 1960s and ’70s. The city was home to a sizable black middle class and several black bookstores, as well as college campuses that were beginning to teach black studies.

Though the press started with Randall working alone from his home office, the need for it grew. Within the first five years, it expanded to a staff of eight, who read submissions, created monthly newsletters and wrote news releases.

The Broadside Press provided an avenue for nearly 200 poets to be published, ranging from already established voices like Gwendolyn Brooks and Melvin B. Tolson to up-and-comers like Nikki Giovanni and Sonia Sanchez. Randall’s work also served as inspiration for contemporary writers like Elizabeth Alexander, Rita Dove and Claudia Rankine.

Dudley Randall was born in Washington on Jan. 14, 1914, to Arthur Randall II, a minister, and Ada Randall, a schoolteacher. His grandparents, Arthur and Missouri Randall, were rare black farm owners. His grandmother was a founding member of the first black church in Macon, Ga. His family moved to Detroit in 1920.

Randall’s first published poem appeared in The Detroit Free Press when he was about 13, after winning a poetry contest. He graduated from Eastern High School, then worked in a blast furnace unit at Ford Motor Company’s River Rouge foundry and as a Postal Service clerk and letter carrier. He served as a supply sergeant in the South Pacific in World War II before receiving a bachelor of arts degree in English from Wayne University (now Wayne State University) and a master’s in library science from the University of Michigan in 1951.

It was while he was working as a librarian for the Wayne County Federated Library System that Randall started Broadside Press. He toiled during his lunch breaks and after work. The labor was overwhelming and provided little money. Print runs were usually 5,000 to start, and there was often demand for more.

He would eventually be forced to slow down: In 1972 he had a heart attack that left him incapacitated for weeks.

By the time Broadside Press was sold in 1977 to the Alexander Crummell Memorial Center, a church in Detroit, it was $30,000 in debt and a financial strain for Randall and his wife, Vivian. He regained ownership in the early 1980s, but in 1985 he sold the press again, this time to Hilda Vest, a poet, and her husband, Don, a businessman and activist.

Today, the press operates as Broadside Lotus Press, after having merged with a press founded by Naomi Long Madgett, who became Detroit’s poet laureate in 2001.

Randall published several poetry collections of his own, such as “Cities Burning” (1968), “More to Remember” (1971) and “After the Killing” (1973), and edited anthologies, such as “For Malcolm: Poems on the Life and the Death of Malcolm X” (1967) and “Black Poetry: A Supplement to Anthologies Which Exclude Black Poets” (1969). He was named Detroit’s poet laureate in 1981.

He was particularly proud of the work of other poets, whose voices he helped amplify.

As he said in “Broadside Memories,” a book of poems that he published in 1975: “My strongest motivations have been to get good black poets published, to produce beautiful books, help create and define the soul of black folk, and to know the joy of discovering new poets.”