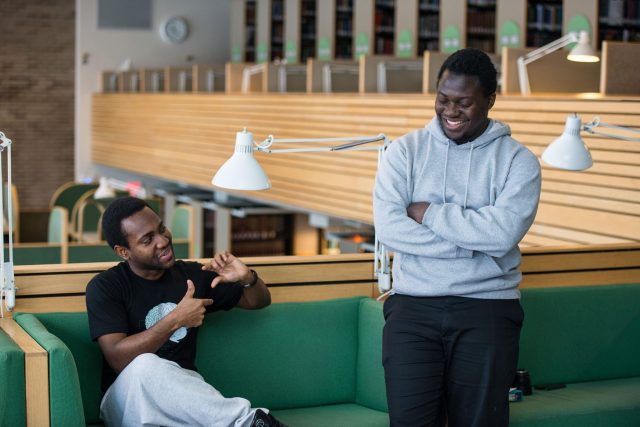 Parallel to its P2P app, the startup also runs Chipper Checkout — a merchant-focused, fee-based payment product that generates the revenue to support Chipper Cash’s free mobile-money business. The company has scaled to 3 million users on its platform and processes an average of 80,000 transactions daily. In June 2020, Chipper Cash reached a monthly payments value of $100 million, according to CEO Ham Serunjogi .

As part of the Series B raise, the startup plans to expand its products and geographic scope. On the product side, that entails offering more business payment solutions, crypto-currency trading options, and investment services.

“We’ll always be a P2P financial transfer platform at our core. But we’ve had demand from our users to offer other value services…like purchasing cryptocurrency assets and making investments in stocks,” Serunjogi told TechCrunch on a call.

Chipper Cash has added beta dropdowns on its website and app to buy and sell Bitcoin and invest in U.S. stocks from Africa — the latter through a partnership with U.S. financial services company DriveWealth.

“We’ll launch [the stock product] in Nigeria first so Nigerians have the option to buy fractional stocks — Tesla shares, Apple shares or Amazon shares and others — through our app. We’ll expand into other countries thereafter,” said Serunjogi.

On the business financial services side, the startup plans to offer more API payments solutions. “We’ve been getting a lot of requests from people on our P2P platform, who also have business enterprises, to be able to collect payments for sale of goods,” explained Serunjogi.

Chipper Cash also plans to use its Series B financing for additional country expansion, which the company will announce by the end of 2021.

Jeff Bezos’s backing of Chipper Cash follows a recent string of events that has elevated the visibility of Africa’s startup scene. Over the past decade, the continent’s tech ecosystem has been one of the fastest growing in the world by year year-over-year expansion in venture capital and startup formation, concentrated in countries such as Nigeria, Kenya, and South Africa.

As such, fintech has become Africa’s highest-funded tech sector, receiving the bulk of an estimated $2 billion in VC that went to startups in 2019. Even with the rapid venture funding growth over the last decade, Africa’s tech scene had been performance light, with only one known unicorn (e-commerce venture Jumia) a handful of exits, and no major public share offerings. That changed last year.

In April 2019, Jumia — backed by investors including Goldman Sachs and Mastercard — went public in an NYSE IPO. Later in the year, Nigerian fintech company Interswitch achieved unicorn status after a $200 million investment by Visa.

In an email to TechCrunch, a spokesperson for Bezos Expeditions confirmed the fund’s investment in Chipper Cash, but declined to comment on further plans to back African startups. Per Crunchbase data, the investment would be the first in Africa for the fund. It’s worth noting Bezos Expeditions is not connected to Jeff Bezo’s hallmark business venture, Amazon.

For Chipper Cash, the $30 million Series B raise caps an event-filled two years for the San Francisco-based payments company and founders Ham Serunjogi and Maijid Moujaled. The two came to America for academics, met in Iowa while studying at Grinnell College and ventured out to Silicon Valley for stints in big tech: Facebook for Serunjogi and Flickr and Yahoo! for Moujaled.

The startup call beckoned and after launching Chipper Cash in 2018, the duo convinced 500 Startups and Liquid 2 Ventures — co-founded by American football legend Joe Montana — to back their company with seed funds. The startup expanded into Nigeria and Southern Africa in 2019, entered a payments partnership with Visa in April and raised a $13.8 million Series A in June.

Chipper Cash founder Ham Serunjogi believes the backing of his company by a notable tech figure, such as Jeff Bezos (the world’s richest person), has benefits beyond his venture.

“It’s a big deal when a world class investor like Bezos or Ribbit goes out of their sweet spot to a new area where they previously haven’t done investments,” he said. “Ultimately, the winner of those things happening is the African tech ecosystem overall, as it will bring more investment from firms of that caliber to African startups.”

Over the past five years, high-profile visits to African tech ecosystems by Facebook CEO Mark Zuckerberg, Twitter CEO Jack Dorsey, Google CEO Sundar Pichai and Alibaba founder Jack Ma have been signposted as marks of validation. We need to see more of this. It is about time African Tech Talent was recognised.

Why isn’t Vitamin C being pushed as the secret weapon in the fight...