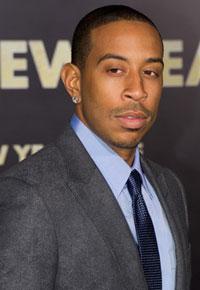 These days rappers aren´t merely making music; they are building empires. Jay-Z. Sean Combs. Dr. Dre. These are the first names that leap to mind. But there are others, such as Ludacris.
Ludacris (Christopher Bridges) has quietly built his businesses around his music fame. According to Forbes, he is worth $12 million, amassing wealth from various ventures including Soul By Ludacris headphones, a cognac line called Conjure, voiceovers for RadioShack, music sales, roles in films, and other ventures. The rapper owns a small equity state in Soul By Ludacris and half ofConjure.
“Ludacris was very smart, and it’s obvious that he had the big picture in his mind from the beginning. After his rap career took off, he began to musically align himself with people like Usher and Chris Brown who appeal to a broader audience. Then he moved into movies doing projects such as The Fast and the Furious series, Crash and New Year’s Eve, while still releasing albums that continued to sell well. As Ludacris moved from being solely a rapper to diversifying his music base and gaining new fans through film and television, his audience grew and thereby his pool of fans grew. By being strategic about his career choices, Ludacris curated a diverse and vast fan base that he was then able to market a diverse array of products to,” notes Reni Somoye, director of Client Public Relations for Tara Dowdell Group, whose clients include Essex County Economic Development Corporation and Genesis Companies Real Estate Development & Construction.
Business actually isn´t anything new to Ludacris. He studied business management at Georgia State University before his hip hop career. He had the entrepreneurial spirit from the start. When he couldn’t get signed as a recording artist, Ludacris, who working in radio for a brief period, sold his own music. He released his debut album, Incognegro, by launching his own label, Disturbing Tha Peace. And he literally sold tens of thousands of copies from the trunk of his own car. He later signed to Def Jam records and pumped out hit album after hit album. His first Def Jam album, Back for the First Time, sold more than 3 million units. His second in 2001, Word of Mouf, sold nearly 4 million copies; his third, Chicken-n-Beer, earned multiplatinum certification.
His acting efforts also proved successful–he picked up an Academy Award as part of the cast of Crash in 2004. And now, Ludacris, whose new album, Ludaversal, is due out this fall, is showing he has the business skills as well.
“Ludacris’ portfolio choices were absolutely good ones. They were all calculated risks. Ludacris, for the most part, doesn’t seem to be an innovator but he is good at recognizing what markets are doing really well and then moving in for his share of that. For example, he launched his Soul By Ludacris headphones after the wildly successful launch of Dr. Dre’s Beatz by Dre. He launched Conjure, his cognac company, after the success of Diddy’s Ciroc vodka,” says Somoye.
Like Ludacris, anyone can diversify their portfolio—or extend their brand. “It’s important to understand your brand, regardless of whether or not you’re famous. What are your interests? What are your strong points? Once those are identified, figure out where you can invest in order to monetize those interests,” explains Somoye. “Like Ludacris, be smart and strategic. If you’ve seen something that other people are making money off of and that you’re interested in, definitely find a way to invest in it also. Take calculated risks and, above all, keep the big picture in mind. Know what you want your portfolio to look like and make business, and personal moves that will open doors to get you there.”
But, as explains financial planning expert John Graves, building your brand is different than diversifying a portfolio. “An expansion of a franchise is different from diversifying a portfolio,” says Graves, editor of The Retirement Journal and author of The 7% Solution. “It is expanding upon an existing base of customers, rather than upon an existing base of capital.”
Examine what your financial needs are and add investments to your portfolio that will fulfill these needs. “Your portfolio should be built to your situation–Income or growth or both, depending upon time to retirement,” Graves points out. “Design the portfolio to match your need: if you need $3,000 monthly, then design it to do so.”
Besides flexing his financial muscles, Ludacris is readying the next generation of Bridges to be financially smart. With his help, his 10-year-old daughter, Karma, has launched her own business. She started an educational website called KarmasWorld.com.