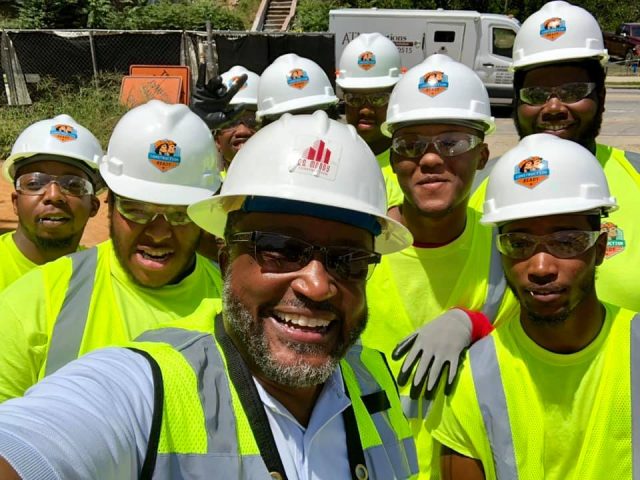 Georgia-based construction company, C.D. Moody Construction, started from humble beginnings. According to Shoppe Black, founder, C. David Moody, started the construction company in 1988 when he and his wife, Karla, were in debt. Suffering from financial hardships, the couple was forced to work from their bedroom.

In September of 2019, David Moody became 49 percent partner in an affordable and market-rate housing, restaurants, retail, offices, and a performing arts center construction deal worth $650 million, Shoppe Black reports. C.D. Moody’s projects are now worth nearly $3 billion and the company has completed over 200 commercial projects.

Along with raking in billions, the construction company makes room to give back to the Atlanta community.

C.D. Moody mentors children in the Atlanta area by teaching them financial literacy and the value of hard work. The Moody family also set the tone in their own home by implementing the same mentorship system with their children.

“Every weekend we would go and look at all the job sites together as a family,” Karia Moody, the daughter of David and Karla Moody told Shoppe Black. “I grew up in construction. I always knew I wanted to go into it.”

Today, the C.D. Moody Construction portfolio consists of some of Atlanta’s most high-profile construction projects including, the Maynard Jackson International Terminal, Olympic Stadium and Turner Field, and Morehouse Leadership Center.