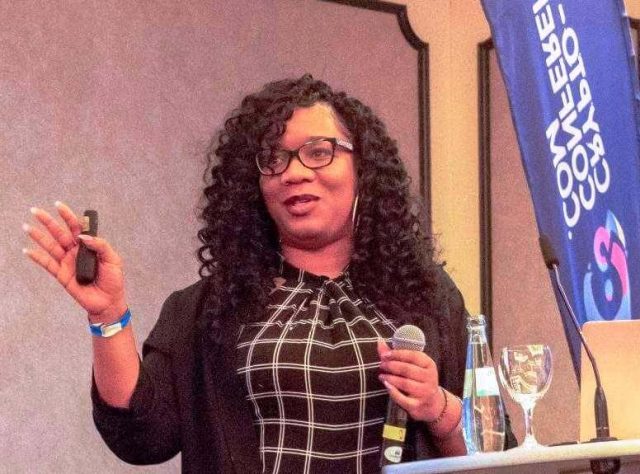 USA Nationwide — Technology veteran, visionnaire, and mompreneur Tavonia Evans has launched the very first ICO (Initial Coin Offering) for $Guap, a coin aimed at recycling wealth within the Black community. $Guap is a groundbreaking offer that breaks into the world of cryptocurrency with an ambitious mission to reward African-American consumers for supporting businesses that support them.

Traditionally, African-Americans account for a large chunk of spending power especially in regards to retail spending. However the spending that is often seen from African-Americans fails to support them locally in their community efforts, educationally, politically, and economically. African-Americans suffer greatly due to gentrification and often lose their economic value as quickly as it is gained.

Additionally, it is often more affordable to spend with bigger brands who outcompete the local small business person, yet African-American women are one of the fastest growing markets of small business owners. $Guap believes it has the answer to circulating money back into this micro-economy and rewarding people for doing so.

$Guap is a ERC20 token built on Ethereum Blockchain Technology, which utilizes Smart Contracts to perform various tasks such as issuing “rewards” which is in the plan for $Guap.

With $Guap, every token spent will be distributed throughout a system that will fund new businesses, HBCUs, and philanthropic efforts that adopt the coin. Merchants a part of the “$Guap Market”, pledge to pass on savings while benefiting from gaining access to loyal customers. Consumers will also be able to rate businesses and suggest methods for improvement anonymously to merchants to help maintain quality of service all through a proprietary portal.

Founder Tavonia Evans, has worked in Technology for almost 20 years and her greatest concern has been the barrier between African Americans and ability to support startup growth and initiative. She believes this is directly tied to the relationship between African-Americans and black economics and feels that cryptocurrency is the gamechanger.

Tavonia Evans is a mother of 8, a New York native and Georgia resident (for well over 20 years). She has worked in the technology field for two decades as a startup owner, developer, patent owner, and consultant to Government and several Fortune 500 companies. She has assembled an experienced team of African-American technology, finance, and investment experts with decades of experience.

Guapcoin is the first publicly launched, decentralized cryptocurrency that addresses the economic and financial concerns of the Global African Diaspora community. This primarily includes African-Americans, Afro-Latinx, Afro-Caribbean, and any other group or culture that identifies with having historical roots on the continent of Africa.
We are unified by similar battles with our governing financial systems. We struggle with gentrification and poverty, as well as loss of ownership of our creative assets and inventions. In many cases we are rendered voiceless despite having such a great impact on society.

$Guap can be found at www.guapcoin.com on the web or by the hashtag #getguap on social media.