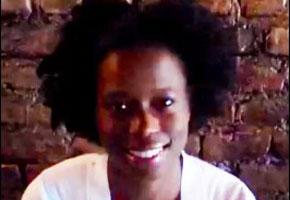 The Gem Project, a non-profit organization that aims to empower young people by giving them useful educational tools, was inspired by a personal experience. “The initial spark came after learning that my mother was diagnosed with invasive breast cancer during my sophomore year at Rutgers University,” recalls Amanda A. Ebokosia. Her mother survived the cancer, and Ebokosia further developed her idea for the Gem Project, based in Newark, New Jersey. “As I learned more about how the cancer affected young people, I wanted to create a program that educated my peers about issues like this– but compelled them to act and grabbed their attention,” she explains. Thus, the group´s motto: “We Captivate to Educate.”

Just as starting a business has financial hurdles, so does creating a nonprofit, as Ebokosia discovered. “Launching a nonprofit while in school was challenging. Although I was a student, the organization was separate and it wasn’t a student-recognized organization,” she shares. “The main challenge we witnessed was having very limited resources. We quickly learned the beauty of collaboration… In the nonprofit world, it’s difficult and nearly impossible to thrive on your own. You need to learn to ask for help, consistently.”
The organization hopes to empower youth to become activists on various levels—especially educationally. “The Gem Project was started to fulfill a need. I wanted to create programs that compelled young people to act, learn and be a part of a forum where they could address their affairs– in a way that also educated their own peers,” says Ebokosia. “We want to see a rise of young active leaders who are able to carry out our enrichment programs into their schools, youth centers and libraries.”
As the Gem Project heads into 2013, Ebokosia has various goals for her growing organization. Among them is to create more partnerships with like-minded nonprofits. “We’re very fortunate to have many loyal supporters, who have been with us from the very start,” she notes. “We’ve created a base of supporters and good relationships with other nonprofits now. This is something we want to continue to build upon throughout the year.” Another goal is to create a standard statewide curriculum “that one day could be used, inspired by our interactive literacy programs, in schools. This is a goal to see and hopefully one day, it will be on the national level.”
The organization will also be developing its relationships with neighboring schools and “encouraging our community outreach efforts to inspire young people to create their own chapters, and host The Gem Project programs,” Ebokosia points out.
Despite the challenges, Ebokosia is committed to pushing the Gem Project forward, “We have a whole host of steps to get through..but we’re determined,” she says.