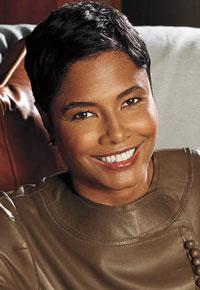 In 2012, former Editor-in-Chief of Essence Magazine Angela Burt Murray, along with digital media strategist Shelly Jones Jenning, launched CocoaFab.com—an entertainment and style website for women of color which covers celebrity news, beauty, fashion and more. TNJ.com recently spoke with Murray to discuss her transition from print media to digital and how the idea of Cocoafab.com came about. She also offered advice to aspiring entrepreneurs.


Tell us about your journey. Did you always know what you wanted to do?
Actually no, I studied Finance at Hampton University and thought that I wanted to go into investment banking but I actually turned out to probably be one of the worst Finance majors in Hampton University history and it wasn’t until I graduated and moved to New York and started thinking about what I really wanted to do that I started to pursue publishing.

How did the idea of CocoaFab.com come about?
My friend Shelly Jones Jennings and I worked together at Essence for a number of years. We started talking about a year ago about voids that we felt were missing in the marketplace and started thinking about different ideas and doing some research and we were surprised at some of the similarities we had in terms of what we thought was lacking in the market place and what sort of opportunities there were to pursue. We just started putting ideas down and talking to different technology companies and really felt that there was an opportunity to create something fresh, exciting and engaging for young women of color.
We are very excited about our launch of Cocoa Media Group and our first website in our digital network CocoaFab.com which focuses on entertainment and style. The thing we are most proud of is the original video series that we launched. We have about four regular series that come out each week, and the response has been overwhelmingly positive from both viewers and advertisers.

What did you notice was missing in the market place?
There’s been a lot of conversation about creating large scale portals and video content for women in the general market, but I think there’s been less work done in this market as it relates to young women of color. Obviously there are some large scale players that produce entertainment content and have blogs and stuff like that, but I don’t think the same level of investment and attention has been paid to this market and that’s particularly confusing to us because when you look at the technology consumption trend and social media leadership positions that young women of color have, its quite startling to see that the marketplace hasn’t necessarily responded with the same fervor that they have for women in the general market.
How long did it take to build the website?
A little less than a year. We worked with a wonderful company out of St. Louis called Matchbox Design Group. They were a wonderful development partner to take our wonderful scraps of paper and turn them into something real. They exceeded our wildest expectations and again helped us create something compelling, dynamic and unique.

Are you planning to launch other websites?
Yes, that’s part of our strategy. Our second website will launch in January. It’s called CocoaFabTV. That’s going to be our video portal where we will have our own original video series but also will feature video from different partners.  We also want to expand our video programming offering by getting into scripted programming and reality programming and things like that.
What’s the most challenging part of running CocoaFab?
It’s 24 hours. Shelly and I come from magazines where you produce the magazine, you put it out there and wait for the response. But this is instantaneous feedback which is wonderful but it can also be like a hamster wheel where you have to keep going and going and going. But it’s incredibly rewarding and exciting to get that instant feedback. It’s like a race every day!

What advice do you have for young entrepreneurs?
Go for it, particularly when you are talking about a digital proposition where the barrier to entry is relatively low, you just have to go for it, put it up and see what happens, get the feedback and redesign and redevelopment whatever needs to happen. But if you believe in your idea, don’t sit by and just wait, you have to believe in yourself.