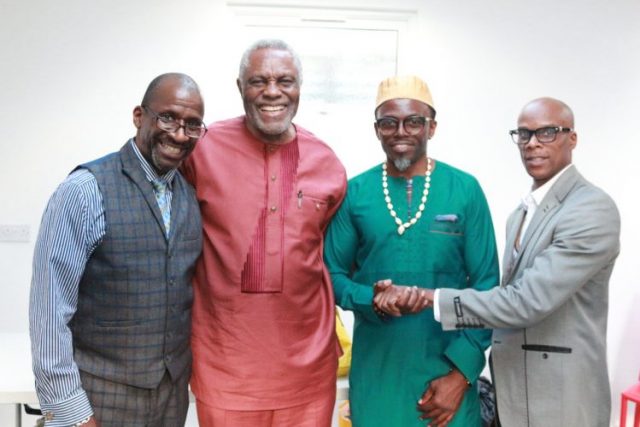 by Tony Dada.
27 June 2019
If you were not at the recent Mind, Body & Soul Conference then you missed what was for many, one of the most inspirational events we have put on to date.
As well as inspirational  it was symbolic on a number of levels…
As I travelled to the venue that morning (25th June) I heard on the radio about a fatal stabbing that had taken place in Wandsworth. It was a sharp reminder of how my life was 36 years ago when I was “On road” in this very same borough. It reminded me of the reason why for the last 27 years I’ve lived to empower those whom society regards as disadvantaged and often forgets about or even worse totally disregards.
As the event got underway, during the networking, I got into conversation with Bro Ishmael and Charles (one of the guest speakers). I asked Bro Ishmael when did he first come to the UK from Ghana with his vision to set up a centre that would teach the truth about spirituality and how old was he at the time. He answered; “I was 30 years old.” He then paused and said; “Wow, it was 36 years ago to the month”. This was just five months after I had made myself intentionally homeless by leaving my parents home. The Mind, Body & Soul Conference was symbolic as it appeared to mark the handing over of  the baton from the custodian of the vision to those that nurtured it. Now is the phase of sharing the knowledge.

This was the soft launch and a demonstration of the vision behind the DADA SUCCESS ACADEMY which is underpinned by the GPS philosophy which I received and developed whilst under the mentorship of Bro Ishmael.
Here’s what one of the attendees had to say.
“I had a Fantastic weekend, especially Saturday @ The Break Down – Mind, Body & Soul Conference, organised by Tony DADA.
It was truly one of the BEST conferences I’ve been to in a while. Not just because l was Speaking and Exhibiting, BUT the Knowledge and Information and Passion, it even had ME in tears of Emotion. The Speakers were ALL on point. I picked up a lot of information too.
Tony DADA whom I have known for many many years. I’m proud of him, for what he has accomplished and where he has come from. Brother Ishmael Tetteh speaking on the ‘Soul’ WOW!!  Powerful Information in Abundance!!
Great event and another venue for South London owned by the community.
View Full article here…
Source tonydada.com
Listen to Tony Dada’s recent webinar…
In case you missed the webinar session, or in case you’d like to watch it again, here’s the link to the replay video:

ChicRebellion.tv–The First and Only Internet TV Network for Women of Color