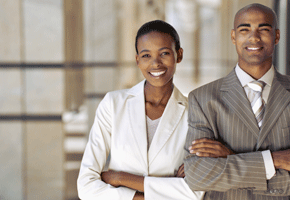 This month, the September 2011 issue of Inc. magazine publishes its annual Inc. 500 list of the fastest growing private companies in the U.S. The list, always a welcomed treat for many, is especially heartening this year with so many businesses still struggling to bolster earnings as a host of economic headwinds make it increasingly difficult for them to meet their bottom lines and fears of yet another recession loom.

Among this year’s Inc. 500 list, 10 companies across the country with Black chief or managing executives particularly distinguished themselves. From Washington D.C. to El Segundo, California, as many companies have had to scale back and, in many cases, cut workers and staff, some Black entrepreneurs have continued to see their companies’ earnings surge.
“It’s an honor to be placed so highly on this exclusive list,” said Jarrett Pumphrey, CEO of ClearConnect, a Houston, Texas based firm that develops clear, custom, removable dental braces, in a statement. Pumphrey, whose company was the top health firm on this year’s Inc. 500, coming in at #17, saw revenues balloon 8,625% over the last three years, growing from $100,000 in 2007 to $8.7 million last year. “When you’re passionate and focused on making a great product, it seems as if everything else just falls into place, including earning recognition like this.”
The company has gone from 12 to 128 employees since its founding in 2006 and is ranked by Inc. as the second fastest-growing business in the Houston area, behind #8 ranked Gold & Silver Buyers.
Black women were also well-represented on the list of Top 10 Black Entrepreneurs among the Inc. 500. Altogether, three companies on the Top 10 list were headed by women: JMA Solutions (#45), LinkVisum Consulting Group (#193), A10 Clinical Solutions (#328).
At #45, Washington, D.C. based JMA Solutions, which provides air traffic control and engineering support to the Federal Aviation Administration, was the second fastest growing company in the nation’s capital, one spot behind #44 ranked Integrity Management Consulting.
CEO Janice Adams founded the company in 2005 after close to 25 years serving in the U.S. Air Force.  Since then, the company has become a go-to destination for agencies like the FAA and others.  JMA garnered $6.6 million in revenue in 2010, up from just $150,000 in 2007—a 4,317% increase.
Still, Adams said it’s more than just a matter of turning a profit for her.  “I want to leave a legacy for my grandchildren and great grandchildren,” she said.  Three generations of her family are already on JMA’s payroll, as both her daughter and granddaughter work at the firm.
Coming in at #371, the last of the Black-run companies among this year’s Inc. 500, was Durham, North Carolina’s SciMetrika, a public health consulting firm headed by Haitian-born CEO Dr. Jean Orelien.  “We like to say that SciMetrika is a family of entrepreneurs who share a passion for advancing human health,” Orelien said in a company statement.  “This award is a testament to the excellence this team achieves day in and day out.”
Indeed, Orelien has led his 10-year-old company, which employs 74 people, on an earnings tear over the last several years, growing 921%, from $1.1 million in revenue in 2007 to $10.9 million last year.
Other companies among the fastest growing with Black chief or managing executives include A. Harold and Associates (#36), Urban Lending Solutions (#205), Network Solutions Provider (#297), The Menkiti Group (#337) and Iris Data Services (#362).
The “greatest cause for celebration is not [their] likelihood of surviving a down economy,” wrote Inc. magazine’s editor at large Leigh Buchanan.  “Rather, it is the contribution these companies and other fast growers make to the economy, whatever its condition.”
As a whole, Inc.’s larger list of the 5000 fastest growing U.S. companies created an estimated 370,000 jobs over the last three years, surely welcomed news for an economy that saw 8 million Americans lose their jobs during the Great Recession.