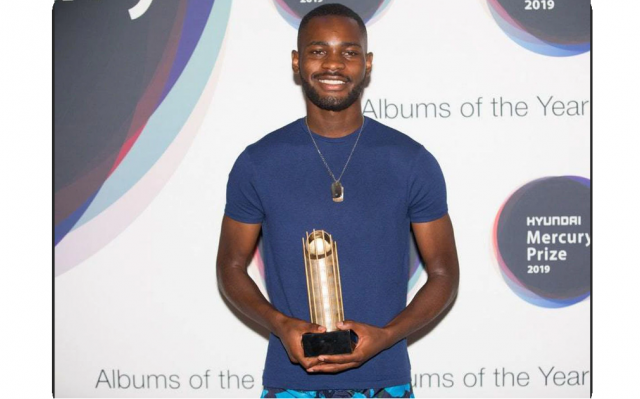 After scooping up the coveted Mercury Prize at the end of 2019 with his stellar debut album ‘Psychodrama’, Dave is getting ready to take over 2020 in an even bigger way.

A leader in the new generation of UK Rap, Dave – whose real name is David Orobosa Omoregie – has worked with the likes of Drake, MoStack, AJ Tracey and J Hus, and famously catapulted to the top of the UK charts with his Fredo collaboration ‘Funky Friday’ in 2018.

Born on 5th June 1998 in Brixton and raised in Streatham, Dave is the youngest of three brothers. He is of Nigerian descent, and was raised by a single mother due to his father’s absence.

Playing and composing music during his early years, Dave began producing after his mother gifted him a piano when he was 14. As well as a rapper, he is an accomplished pianist, songwriter and record producer.

At college, he studied Law, Philosophy and Ethics, Sound Design and Politics, and despite being accepting into university to study law further, he chose to pursue music instead.

Prior to releasing his first EP, Dave made his debut with a cypher on music platform BL@CKBOX. He went on to drop a number of successful non-album singles, including ‘Thiago Silva’ with AJ Tracey.

He dropped his debut EP ‘Six Paths’ in 2016. Produced alongside Fraser T Smith, the EP featured ‘Wanna Know’ which would go on to be remixed by Drake and sky-rocket up the charts. His J Hus collaboration ‘Samantha’ followed suit.

His second EP, ‘Game Over’, dropped in 2017 and debuted at number thirteen on the UK Albums Chart, with lead singles ‘Question Time’ and ‘No Words’ with MoStack.

In 2018, Dave made history with his Fredo collaboration ‘Funky Friday’ by becoming the British rapper to peak at number one on the UK Singles Chart as a lead artist since 2015.

His first number one, the platinum-selling ‘Funky Friday’ was a momentous moment for both Dave and British rap as a genre.

Featuring hit singles ‘Location’ with Burna Boy and Disaster with J Hus, the record debuted at number one on the UK Albums Chart and was frequently hailed as one of the best albums of that year.

As previously mentioned, ‘Psychodrama’ went on to win the 2019 Mercury Prize and is certified gold.

Coinciding with his acting debut on Netflix’s 2019 ‘Top Boy’ revival, Dave featured on the official soundtrack to the show with songs ‘Professor X’ and ‘God’s Eye’.

Dave has friends in high places. His friendship with Canadian chart-topper Drake kickstarted when Drizzy recorded a remix of Dave’s song ‘Wanna Know’.

Drake premiered the remix single, featuring him, on his OVO Sound Radio show, and the song went on to become Dave’s first entry on the UK Singles Chart.

Dave recalled the moment he met Drake after booking tickets to his show in Amsterdam, before the remix had been released.

“We were only going for a friend’s birthday, but then his management rang and said he wanted to remix my song ‘Wanna Know’,” said Dave back in 2017. “The show was cancelled but we got to meet him out there. The entire night is a blur.”

Dave acted a part in Netflix’s Top Boy. Drake had headhunted Dave for one of the leading roles in his 2019 revival of hit TV series ‘Top Boy’.

Drake teamed up with Netflix to produce a brand new season of the beloved British drama, which centres around life on a fictional London council estate.

In the ten-episode series, Dave makes his acting debut playing the character of Modie, an escaped convict with his eyes set on revenge.

Ashley Walters, Kano, Michael Ward and Little Simz also star in the gritty show, which is expected to return soon with a fourth season.

On 23 July 2021, Dave released his second album, We’re All Alone in This Together. The first single, “Clash” featuring Stormzy, was released on 9 July. earned him a winning nomination for the Brits Best Rapper in February of 2022 and nominations for best album and artist.

In August 2021, Dave and Fraser T. Smith were nominated for an Ivor Novello Award with Apple Music 2021 in the Best Contemporary Song category for “Children of the Internet”.