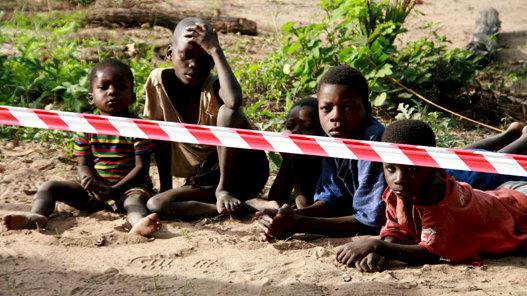 Congo has some of Africa’s largest deposits of diamonds, gold, coltan, tropical wood and oil. But civil wars and oppression have impoverished the population. The country’s infrastructure has been destroyed, and continued fighting and assaults make life a burden for the average Congolese.

The Democratic Republic of Congo, DR Congo, has immense economic resources, but a lengthy civil war and continued ravage by different militia has forced the country to its knees.
The war has polluted the ground with mines in 10 out of 11 provinces. The mines are a threat to the security and safety of the population.
Several humanitarian organisations and the UN have raised the alarm about the humanitarian situation in Congo. The majority of the population is starving, and it is estimated that 16 percent are malnourished. Less than 30 percent have access to health benefits.

WHAT WE DO IN CONGO

The work of DanChurchAid in Congo focuses on three main areas: the removal of landmines, food security and helping women who have been violently abused.
Our work includes: