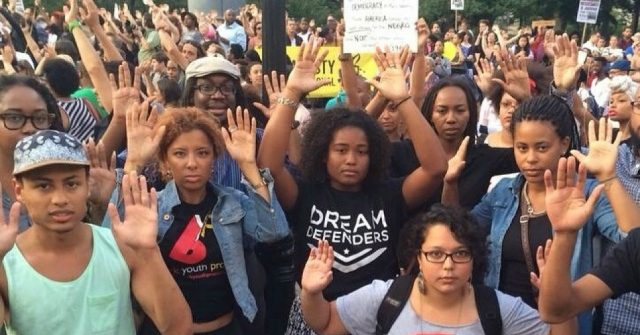 The Prime Minister said the commission aims to examine “all aspects of inequality ⁠— in employment, in health outcomes, in academic and all other walks of life.”

It was derided by the shadow justice secretary, David Lammy, as “deeply worrying and frankly immature that Britain is still having a conversation about whether racism exists”. He added that it was time for legislative action and not another review.

The UK already has one of the most comprehensive centralised databases related to race and ethnicity in the form of its “Ethnicity facts and figures” service. It is designed to provide information about “the different experiences of people from a variety of ethnic backgrounds” and reveals some startling disparities between white people and BAME  people living in the UK.

Further imbalance can be seen when it comes to home ownership and renting. Around 63 per cent of households in the UK live in homes that they own, according to figures from the English Housing Survey.

When these households are broken down into ethnicity, however, a stark difference emerges.

White British people have higher than average home ownership rates — nearly double that of black Caribbean people and more than treble that of black African people. These minorities are instead vastly over represented when it comes to private renting and social housing.

Only Indian households, which make up just 2.5 per cent of the population of England and Wales according to the 2011 Census, have higher home ownership rates the white British households.

The lack of home ownership among minority communities in the UK may contribute to a reduced feeling of belonging compared to white people.

Results from the most recent Community Life Survey found that black people are increasingly less likely to feel as though they belong to Britain compared to white or Asian people.

A similar story of inequality can be seen when breaking down education statistics by ethnicity. It emerges as early as primary education, where white British children are 10 per cent more likely to achieve the expected standard in reading, writing and maths.

By the time the two groups reach A-levels, white British students are more than three times as likely to achieve high grades than black Caribbean students, according to figures from the Department for Education.

Worse education transfers to worse employment rates for minorities, with black people seeing at least double the unemployment levels as white people between 2004 and 2018.

The UK’s Annual Population Survey revealed that black people in employment are also paid less on average than white people.

Average hourly pay for black people hovered between £9.91 and £10.80 between 2013 and 2018, while white people saw wages consistently rise from £10.58 to £11.87. Only people from Indian backgrounds received better pay than white people.

Death Rate during a Pandemic

Systemic racism in the UK even manifests itself in the proportion of deaths from the coronavirus pandemic.
Data reveals that people from Bame backgrounds are up to twice as likely to die from Covid-19 than people of white British ethnicity.

The risk of death for people of Bangladeshi ethnicity is twice as high as white British, while other Asian, black and Caribbean ethnicities are between 10 per cent and 50 per cent more likely to die, according to a report from Public Health England.

Health experts say there is no evidence to suggest that people from BAME backgrounds are genetically predisposed to be more vulnerable to the virus than white people. The figures are therefore a result of existing social and racial inequalities.

Stop-and-search powers have been heavily scrutinised in recent years and were the subject of a review by the Equality and Human Rights Commission in 2010 that found that black people were up to six-times more likely to be stopped by police than white people.

Stop-and-search rates between 2018 and 2019 show that black people are now nearly 10-times more likely to be stopped and searched by police than white people. This has contributed to far higher arrest rates for black people than for white people.

Not a single police force in England or Wales registered an arrest rate of less than 20 for every 1,000 black people.

By contrast, not a single police force in England and Wales registered an arrest rate of more than 20 for every 1,000 white people.

Disproportionate policing practices were also highlighted in a recent investigation into coronavirus lockdown enforcement across England and Wales.

The legal system typcially sides with the police, and black people who are proportionally poorer cannot afford lawyers to get them off or to mitigate their sentences. So they end up in prisons (even if innocents) for longer periods. When released they have a prison record and cannot get a job, or a place to stay. This leads to more crime – to survive, and being put back inside. It is a vicious cycle.

You decide, do we need more Reports – or is  Action Needed

Boris recently announced a commission to set up a racial equality commission.
In his attack on the government’s plans David Lammy said the time for holding discussions and launching reviews was over.

“It feels that yet again in the UK we want figures, data, but we don’t want action,” he said.

“Black people aren’t playing victim, as Boris indicated, they are protesting precisely because the time for review is over, and the time for action is now … Get on with the action, legislate, move. You’re in government ⁠— do something.”

There are already several reports with action points which have barely started to be  implemented (as of June 2020).