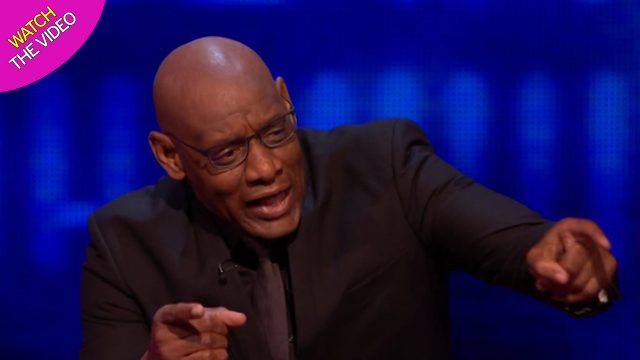 He is best known as a “chaser” on the ITV quiz show The Chase. Wallace is also part-time lecturer and visits schools, colleges and other institutions to educate students on aspects of law.

Wallace was called to the Bar in November 1984 and in 1986 completed pupilage. He has taken part in hearings held at both the Old Bailey as well as several magistrates’ courts located in England and Wales and also in Scotland.

on 21 January 2021, Shaun Wallace has told how his father’s tragic death is the reason behind his motivation to stay physically and mentally fit.

The Chase star’s father Linford died from motor neurone disease in 2014, with the quiz expert, 60, left distraught at seeing his dad physically deteriorate.

And in scenes from spin-off show, The Chaser’s Road Trip: Trains, Brains and Automobiles, Shaun revealed he does 2,000 sit-ups a day as he heartbreakingly admits he ‘can’t delay the inevitable.’ That is remarkable considering he is 60. He was born born 2 June 1960.

Viewers of The Chase will see a completely different side to the Chasers as Shaun, Anne Hegerty and Mark Labbett travel across the world to embark on an intellectual journey, where they question if humans are as intelligent as then believe themselves to be.

But despite being away on holiday, Shaun never fails to complete his rigorous daily morning routine of exercise, which includes the mammoth number of sit-ups.

Explaining his reasoning behind the brutal workout, Shaun noted how seeing his mum, who suffers from dementia, and his dad (who died seven years ago) decline physically spurs him on to keep himself in as best shape as possible.

‘Every morning when I wake up I do 2,000 sit ups because my mum suffers from dementia’, Shaun explained.

He told The Express in 2018: ‘My parents were there for me when I wanted to be a lawyer and made a lot of sacrifices for that dream. I was so proud to see my father’s face when I was called to the Bar.

‘When I won Mastermind, he was beside himself. He watched it in Willseden at the Learie Constantine Centre, which hosts West Indian events. They gave him a standing ovation when I became the first black person to win it.’

After learning his father was dying while recording an episode of The Chase, Shaun rushed to the hospice, where he managed to see his father for the last 10 minutes of his life.

He added: ‘I said my piece, I kissed him and I said my goodbyes. So on Father’s Day I lay flowers, say a few words and remember the things he has done for me.’

The black community is proud to be represented by Shaun in more ways than one. He has shown it is cook to be intelligent and knowledgeable. He has ensured he has a profession. He travels around encouraging young people, and he keeps fit. He is a great example to us all.

Michael Jordan and Jordan Brand Donate $1 Million to Ida B. Wells Society to...

How to start a Restaurant