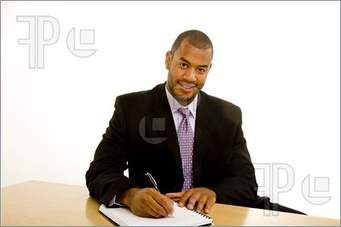 BLACK Britons are more socially mobile and less likely to be working class than the white population, a study of 30 years of official data has found.
In contrast to the 1970s when nearly 80% of British people of Caribbean origin were in the lowest socioeconomic groups, the figure is just over 22%. The proportion of whites stuck in these groups is 25%.

The figures show the black population has shed its image of deprivation and unemployment, punctuated by rioting in Brixton, Toxteth in Liverpool and Birmingham’s Handsworth in the 1980s, and has emerged as a new entrepreneurial and professional class.

The report finds that more than 45% of British blacks are in managerial or professional jobs. It states: “Caribbeans have a 22% greater chance of ending up in the professional classes than otherwise comparable white non-migrants.”

The research challenges earlier stereotypes highlighted by Lenny Henry, the comedian, through his Delbert Wilkins pirate radio DJ character. It is also a counterpoint to common perceptions of black people. Ten years ago, Lord Condon, the former Metropolitan police commissioner, said 80% of muggers were black.

Black ambition is epitomised by Shaun Wallace, the barrister with Jamaican-born parents who became the first black winner of Mastermind last year, and Tim Campbell, the 28-year-old winner of The Apprentice, the BBC business series with Sir Alan Sugar. Campbell is the son of working-class Jamaican immigrants.

The study, based on government data covering 140,000 people, states that the desire for improvement by many middle-class immigrants, has been one of the main reasons people of Caribbean origin have been more upwardly mobile than whites over the past 30 years.

Demographers have begun to note movements of black people from inner-city areas to leafier suburbs as they become more affluent.

The academics who compiled the new study, published tomorrow by the Joseph Rowntree Foundation, believe many are fighting to restore their families’ former status. Immigrants from the Caribbean in the 1950s and 1960s often came from middle-class backgrounds but slid down the social scale in Britain because they could find only lower-status jobs here.

The report states: “Migrants experience downward mobility on entering Britain and they have particular aspirations for their children, which can be part of their rationale for migrating.”

Other studies show social mobility among whites falling, particularly among a hard core of “Neets” (people Not in Education, Employment or Training), blamed by Whitehall for costing the state billions.

Diane Abbott, MP for Hackney and the first black woman elected to parliament, said: “This sort of research is to be welcomed and reflects the progress of black women, especially in the public sector. But it masks continuing underachievement and higher rates of unemployment among black men in their teens and twenties. They still need more targeted help at school to help them reach their potential in the labour market.”

The new study, by Lucinda Platt, a sociology lecturer at Essex University, also finds that 58% of Indians have managerial or professional jobs.

Shereener Browne, 35, is one of an increasing number of Britons of Caribbean origin entering the elite professions. Browne has risen from working-class roots in Leeds to become a barrister in London. Her mother, who came from the island of St Kitts, worked as a seamstress. “In our family there was emphasis on educational excellence,” said Browne. “It was one thing that could lift you out of poverty.”

Do We Need Black People On Our Banknotes?