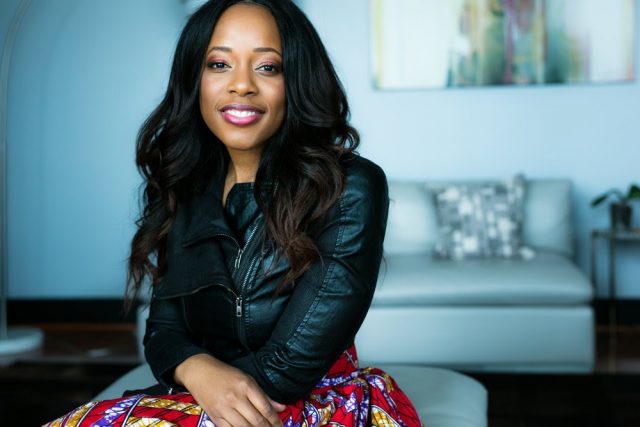 Dr. Roshawnna Novellus raised over $600,000 to fund her college education. For most people, it’s hard enough finding money to pay for one college degree. But Dr. Novellus used her crowdfunding skills to cover the cost of four degrees, from bachelor’s degrees to a Ph.D.

Now, the Atlanta-based entrepreneur is helping more women gain access to capital through her platform, EnrichHER. It was one of the first technology platforms in the U.S. to receive regulatory approval to help women secure funding and grow their business through an accelerator and Funder Matching Program.

Raising Money for Education
When 15-year-old Novellus witnessed her mom working multiple jobs to ensure she had everything she needed, she knew she had to create a strategic plan for college. Novellus decided to reach out to over 200 companies to inquire about scholarships. Her persuasive pitch worked, and companies decided to invest in her educational goals.

With $600,000 in funding, Dr. Novellus was able to pay for 11 years of higher education. She obtained a Bachelor of Science in Computer Engineering from the University of California, Santa Cruz. In addition, she earned a Bachelor of Arts in Business Management Economics from the same University.

Dr. Novellus conquered her first major financial goal when she escaped the student loan debt statistics that many have to face. She shared her best piece of advice with Business Insider: Be specific about what you want and why you want it, always follow up with those who grant you funding, and reach out to big and small companies and organizations.

Investing In Other Women
Dr. Novellus knew her story of obtaining $600,000 to fund her education was rare. She also realized that these same financial struggles impacted women-owned businesses. After hearing constant stories about the gaps in capital access for women of color, she created an organization to redefine the narrative.

Dr. Novellus is on a mission to fund underinvested women so they can enrich their communities. Reports show that women of color receive less than 2% of venture capital funding. Dr. Novellus is seeking to put over $50M into the hands of businesses seeking to get to the next level.

In 2017, Dr. Novellus founded EnrichHER by gathering 50 organizations in Atlanta to test her idea. The full program launched in February 2019, receiving applications from 3,000 women-led businesses. Overall, the company invested $3M in 2019 and seeks to continuously grow that number.