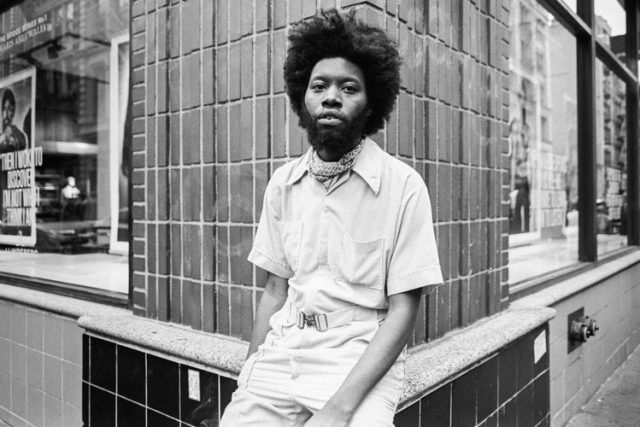 The writer: Jeremy O. Harris
Date first published: 17 May 2019
Jeremy: I’m excited to do this.
Kelela: I’m not prepared at all.
You can ask me anything you want to ask me about Daddy .
Let’s start with this dilemma — the theatre audience is overwhelmingly white, how do you deal with that in a play about race?
The audience changes everything. The audience is in conversation with the play. I remember one night at Daddy, when so much of the crowd was black and it really changed the way the play moved and felt, its melody and rhythm. The people who come to see an off-Broadway show are generally not people who look like us. My plays try to recognise whiteness as a system. Daddy and Slave Play [Jeremy’s New York debut] both really hone in on the black psyche, the ecstasy and the pain of it. I want a black audience to come to the theatre and witness something that they might not have been able to witness in a theatre before. I want my plays to be a place of catharsis for black people, but also a place that is uncomfortable for white people, who are in a theatre, where they might usually feel comfortable. One thing I want to ask you, actually, is how do you, as a musician, navigate working in white spaces?
The white gaze is something that all of us have grappled with. I was more patient with it at the start of my career. You feel grateful at first, when you enter that space, and then you end up feeling exploited. Not engaging with the music business is something you can try to do — but you have to engage with, it’s impossible not to engage with it because it comes to meet you.
Daddy is a play about that! That moment of disillusionment. I think we should never have to feel grateful again. Daddy is like a fucked up self-portrait. It is about this young black artist who is very superficially similar to me, who is having this success in a white space and also this backlash from his black community. I wanted to wrestle with whiteness publicly, erotically, physically, explicitly. It’s about trying to figure out how to create some autonomy and history without having to cut yourself off and make yourself a new person. I wanted to put that on stage.
How have you found the response to Daddy?
Slave Play was really critically acclaimed. The audience was so split though. Especially among black people. The white people who loved Slave Play seemed to hate Daddythough.

Have you thought about why people did or didn’t like Daddy?
There are so many rules that come with being black. I think a lot of black people who disliked Daddy just thought this wasn’t the kind of play, according to their rules, that we need to see right now. There were a lot of people too, who said they didn’t want to see it, didn’t want to even engage with it. I think the work is very abject, and if you aren’t into that kind of play, then you aren’t going to enjoy the work I’m doing.
It’s very different in music, because a lot of the musical canon was created by black people, but then they excluded so much black creativity from it.
I think I’m trying to engage with that, too, with white artists doing things to black bodies, like Robert Mapplethorpe and the black, male nude. I want to take that and explode it.
How do you think about trauma, and black trauma? I know people who are basically that main character in Daddy, who have gone through those experiences that you dramatise in Daddy.
I can only speak for myself and my trauma. The things I went through at 19, being hit on by old men in their 50s, the memory of the way my body moved when a hand I didn’t want to touch me was touching me… But turning that trauma into something creative really excites me. Because we are not just our trauma, we are all of our experiences. You can’t have the ecstasy without the trauma, and we need to actively engage with the traumas we’ve undergone.
You have to be in a certain place, a stable place, to be able to deal with that. The trauma has to have stopped.
A lot of the black people who had issues with Daddy maybe had those issues because they felt like our country isn’t ready for us to publicly deal with this trauma yet.
I’ve had to work out what I want to talk about publicly, because the white gaze is always waiting to make a judgment.

I worry a lot about the fact so much of what we do has already been done by other black artists without them being given any credit for it. We’re building on something that already has this foundation but we’re treated like the inventors and architects.
You know one thing I found really difficult about the play was the way white people laughed during bits that were actually really painful for me to watch, it made me really tense.
I like it when the audience in the play is like 60% black and 40% white — when there is something charged in the atmosphere of the audience that reflects the mood of what is happening on stage. One thing that annoys me is that white playwrights, every time they get to do their plays, they get to see it for the audience it was written for. The discomfort you feel watching my play, we need that exchange, we need audiences that look more like our country. It’s a myth that black and brown people don’t come to the theatre because it’s too expensive — it’s because they weren’t being invited or made to feel welcome.
source: i-d.vice.com

A Breath of Fresh Prince : How it Started and Benny Medina’s early life...