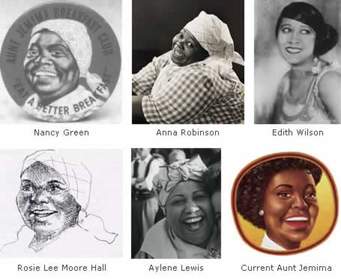 She was not only one of the greatest advertising icons of all time, but Aunt Jemima was also the advertising world’s first living trademark. And, as with any such icon, she’s had her fair share of controversy. But did you know who the real Aunt Jemima was?
Born into slavery in 1834, the woman who would become known to millions as Aunt Jemima was really named Nancy Green. She was a warm, friendly woman who also happened to be an excellent cook (though, interestingly enough, the famous Aunt Jemima pancake recipe wasn’t hers. It belonged to a company called the Pearl Milling Company). And it was in 1893 that she was discovered in Chicago, at the age of 59, by one R.T. Davis.

Head of the R.T. Davis Milling Company, Davis bought the pancake formula from Chris Rutt and Charles Underwood when the Pearl Milling Company went bankrupt. And though it was Rutt and Underwood who came up with the name “Aunt Jemima,” it was Davis who decided to use a living person to endorse it.

History was made that year at the World’s Columbian Exposition in Chicago, the very first time Nancy Green went public. It was there that she, with her charming and animated personality, engaged the crowds and supplied them with thousands of pancakes. In fact, she was such a sensation that police had to be assigned to keep the crowds moving!

The rest of the story made marketing history. Soon, Nancy Green signed a lifetime contract with Davis, and her image was on billboards and advertisements all over the world. Davis was up to his eyeballs in pancake orders, and flour sales skyrocketed. Even after the Davis Company had to sell years later, Nancy Green remained the “pancake queen.” It wasn’t until 1923 when her legacy as a living trademark ended – when she was tragically struck and killed by a car in downtown Chicago. Two years later, the Aunt Jemima Mills were purchased by the Quaker Oats Company.

The famous image of Aunt Jemima was based on the real image of Nancy Green, an original painting of which recently sold for $9,030 at MastroNet. This painting was rendered by A.B. Frost, now regarded as one of the great illustrators of the Golden Age of American Illustration.

Aunt Jemima’s image, however, has been modified since the days of Nancy Green and A.B. Frost. As social climates started to change and the 20th century wore on, many became offended by Aunt Jemima’s image and felt that it was an outdated and negative portrayal of an African-American woman. If you take a look at today’s Aunt Jemima, you’ll notice that her kerchief is gone and her hair is styled. She wears earrings, and appears slimmer and younger. She does, however, have the same warm and inviting smile that she’s always had.

Is CBD Really as Safe as People Believe?

Black Streamers on Twitch to Rave About