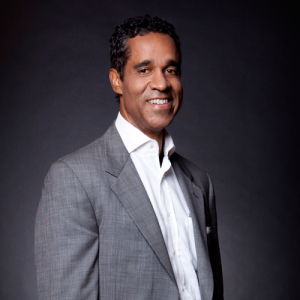 If there is such a thing as the art of the deal, it must take masterful strokes indeed to deal in the high-stakes action involved in restructuring corporate debt.

As a vice president in Salomon Brothers’ Leveraged Finance Group, Benjamin Duster, 32, has been a key player in several of the nation’s most publicized restructuring deals. Duster is currently active in the ongoing restructurings of $1.4 billion in debt for Circle K, a national chain of convenience stores, and $900 million in debt for Merv Griffin’s Resorts International. Recent restructuring experiences also include the Daily News (which filed for bankruptcy in December 1991) and the now-defunct Midway Airlines.

Earlier this year, when Duster decided he wanted to leave New York for Atlanta, Salomon Brothers made sure he didn’t leave the firm as well. Although Duster’s work demands that he travel a great deal, he is now based in Salomon’s small downtown Atlanta office. A colleague refers to Dusters move as “a lifestyle choice,” and stresses the fact that Salomon was eager to accommodate that choice. And no wonder.

Ben Duster and Salomon Brothers share a dozen years of work history. Like several of his younger minority colleagues on The Street, Duster began his career at the firm as an intern in the Sponsor for Educational Opportunity (SEO) Investment Program ( 212-979-2040 212-979-2040) during the summer after his junior year at Yale University.

Throughout his graduate school years, Duster worked for Salomon, gaining experience in merger, acquisition and divestiture advisory work, turnaround buyouts, venture capital and general corporate finance. He has been involved in bankruptcies and out-of-court restructurings since 1985, when he became a full-time Salomon employee. The Chicago native, whose father is a lawyer, is also a member of the Illinois Bar Association.

Duster speaks regularly to high school students about the potential for success and personal satisfaction in business and other professions. Never forgetting the program that first opened his eyes to Wall Street’s possibilities, he is, of course, an SEO mentor.

Is A More Flexible Lifestyle Better For Business?