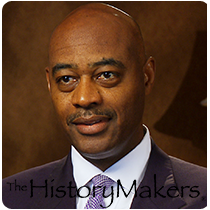 MAKING HIS MARK IN M&A

The story is well-known in Wall Street circles: In 1984, faced with precisely five minutes to convince a First Boston Corp. executive that the firm should hire him, Raymond J. McGuire said calmly: “Harvard College, Harvard Business School and Harvard Law School pride themselves on having the cream of the crop of students. I pride myself on being the film off the top of the cream.”

“Any other reasons we should hire you?” asked the disarmingly unfazed recruiter. Without missing a beat, McGuire responded: “In the heat of battle, it’s better to have me on your side than against you, because I’m going to win.” McGuire got the job.

Just seven years later, in December 1991, Ray McGuire became the first black managing director at Wasserstein Perella & Co. Inc. Of the 10 mergers and acquisitions specialists reviewed for promotion at that time, McGuire, 35, is the only one who advanced, reportedly making him one of only two African-Americans to rise to the top of the highly lucrative and complex M&A field.

Since its founding, Wasserstein Perella has completed approximately $200 billion in M&A transactions, ranking it among the world’s top five advisers. In the last three years, it has advised on six of the 10 largest transactions executed. McGuire has been significantly involved in many of the firm’s most significant deals. For example, he helped to advise GeorgiaPacific Corp. in its $5.1 billion hostile takeover of Maine-based Great Northern Nekoosa Corp. in 1990. The transaction resulted in the largest paper and forest products company in the world.

McGuire also represented New York-based Colgate-Palmolive Co. in its 1991 acquisition of Cleveland-based Murphy-Phoenix Co., producer of Murphy’s Oil Soap. The deal amount was undisclosed, but The WallStreet Journal valued the sale at just over $100 million.

In addition to histransactional work, McGuire oversees Wasserstein Perella’s recruiting and supervises the firm’s 60 or so associates and analysts, regularly evaluating their performance and troubleshooting where needed. His role as employee mediator is as close as he gets to realizing his childhood dream of becoming a Perry Mason.

McGuire, who also attended the University of Nice, France, while on a Rotary Fellowship, recalls the story of his fateful First Boston interview with zest and without apology. “In this business,” says the former high school basketball captain–who attended the exclusive Hotchkiss School on a partial scholarship–“you have to be on your game. There’s very little margin for error. Some people call it arrogance, cockiness; I’m not that. I just believe in me.”

Africans That Should Inspire You in 2019

Why Jackson’s water system is broken

No Public Job or Wage Cuts for Antiguans