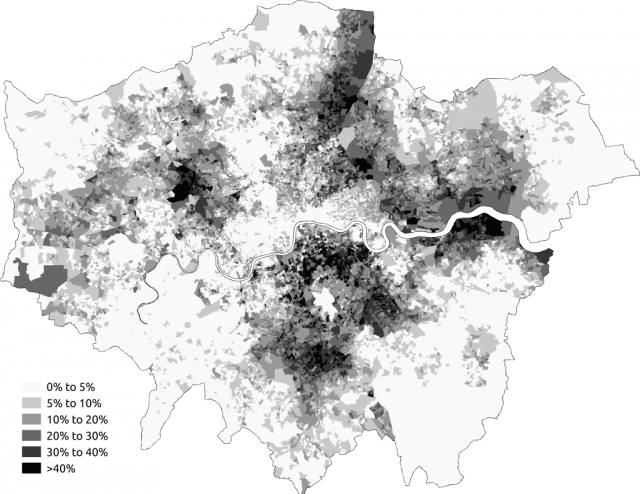 London is one of the most ethnically diverse cities in the world and the most in Europe. In 2007 there were over 300 languages spoken in it and more than 50 non-indigenous communities with a population of more than 10,000.
At the 2011 census London had a population of 8,173,941. Of this number, 44.9% were white British 37% of the population were born outside the UK, including 24.5% born outside of Europe.