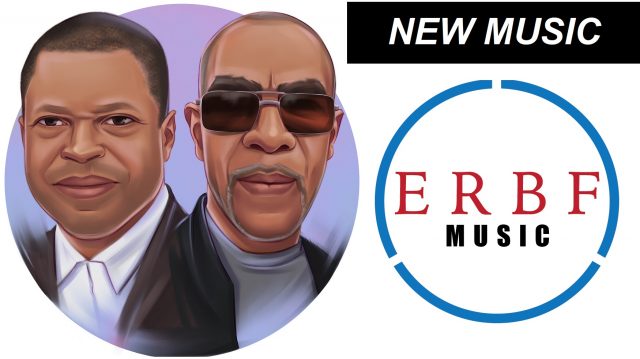 In Dec 2020 ERBFmusic released its first 2 singles 1) Decided and 2) Matter of the Heart.

They both grew up in Birmingham and are from a black gospel music background with Elliot developing his guitar skills playing for Church Choirs.

They were members of a popular Birmingham jazz/funk band in the 80’s, and Elliot went on to form a nationally known Birmingham band called “Medium wave” which had Jackie Graham as lead vocalist.

Elliot and Richard lost touch over the last 35 years and it was a mutual friend that helped them to re-connect during the Covid-19 lockdown. Both realised they had a catalogue of unrecorded material and so ERBFmusic was born.

Elliot is also the co-founder and performing member of the Manchester function band “smoothedgemusic” whilst Richard has been out of the public domain choosing over the years to develop his song writing and production skills.

Together they write, record and produce their own songs as independent artists with Elliot on guitars and Richard on Bass, keyboards and production. They select talented national and local session singers to deliver the vocal performances.

“Decided” by Elliot is an up-tempo funky dance track part written in the 80’s and completed during lock down in 2020. It’s a story of his wife, their early romance, life and relationship challenges.

“Matters of the Heart” is a ballad written by Richard with some beautiful sets of chord progressions and melodies overlayed by lyrics that tells the story of the tensions and emotions that are an integral part of confronting difficult choices.