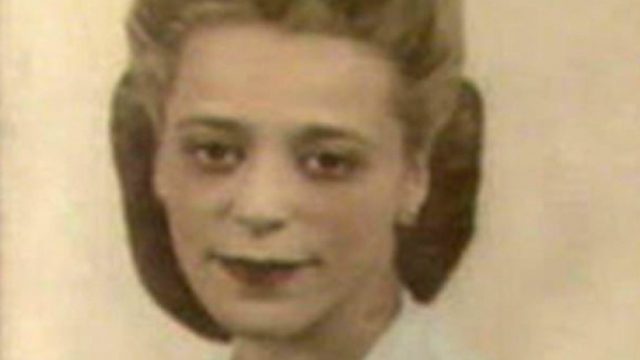 by Kathleen Harris
(First published – December 8, 2016)
Civil rights pioneer Viola Desmond will be the first Canadian woman to grace the front of the $10 bill.
Black rights activist Viola Desmond, who was jailed for defiantly sitting in the “whites only” section of a Nova Scotia film house, will be the first Canadian woman to be featured on the country’s $10 bill.
Finance Minister Bill Morneau and Bank of Canada governor Stephen Poloz announced the selection of the groundbreaking beautician and businesswoman during an announcement today at the Canadian Museum of History in Gatineau, Que.
Desmond’s image will replace that of Sir John A. Macdonald, Canada’s first prime minister, on the purple banknote beginning in 2018.
Morneau called her an “extraordinary woman.”
Remembering a civil rights icon
Desmond’s selection greeted with joy in Nova Scotia.
‘Iconic’ women on banknote short list
Desmond is often referred to as “Canada’s Rosa Parks,” though her historic act of defiance occurred nine years before Parks famously refused to give up her seat on a bus in Montgomery, Ala.
‘It’s a really big day to have my big sister on a banknote.’
– Wanda Robson, 89
At age 32, Desmond decided to go to the Roseland Theatre to see a movie while her car was getting fixed on Nov. 8, 1946, but she was thrown out of the “whites only” section and sent to jail. Black people could only sit in the balcony of the theatre.
The next morning, Desmond was convicted of defrauding the province of a one penny tax, the difference in tax between a downstairs and upstairs ticket, even though Desmond had asked to pay the one cent difference.
Desmond was released after paying a $20 fine and $6 in court costs. She appealed her conviction but lost.
Racial segregation challenge
Her court case was the first known legal challenge against racial segregation brought forward by a black woman in Canada, according to a Bank of Canada news release.
“Viola Desmond was a woman who broke down barriers, who provided inspiration to Canadians around social justice issues and showed that each and every one of us, individually, can make a difference,” Morneau said.
She was granted a free pardon posthumously in 2010 by former Nova Scotia lieutenant-governor Mayann Francis, the first black person to serve as the Queen’s representative in the province. The provincial government also issued a formal apology.
Viola Desmond died in 1965 at age 50.
Desmond’s younger sister, Wanda Robson, who is now 89, has kept her legacy alive by giving interviews and writing a book about her story. She attended Thursday’s announcement, and expressed pride and gratitude on behalf of the family.
‘Big day’
“It’s a big day for a woman to be on a banknote. It’s a really big day to have my big sister on a banknote,” she said, describing Desmond as a “passionate” woman who cared deeply for people. “She inspired them as she inspires us.”
Robson described Desmond as “well-spoken and dignified.”
“She was elegant, with perfect manners and she treated everyone with respect.”
Status of Women Minister Patty Hajdu praised Desmond as an advocate for change.
“This spirit of activism is the force that allows us to make progress together as a society on difficult issues like racism, and sexism and inequality,” Hajdu said.
Morneau called it a “tremendous challenge” to select one woman who will represent the countless contributions of women who shaped the course of Canada’s history.
Asked by one young student why more women couldn’t have been represented on money, Morneau said it was important to pick just one single woman so their story will be remembered, and serve as an inspiration to all.
‘Ahead of her time’
Nova Scotia Liberal MP Rodger Cuzner said Desmond was “ahead of her time.”
While her stand against racial segregation has not had the same attention around the world as Rosa Parks, Cuzner said Desmond’s story has come to the forefront in his province in the last 10-15 years.
The Viola Desmond stamp
Desmond was featured on a stamp in 2012.
“Her story is one that Nova Scotians and Atlantic Canadians understand and respect and appreciate,” he said.
Ontario’s Grade 10 history curriculum makes three references to Desmond.
Other tributes include a university scholarship and a Halifax harbour ferry in her name. A commemorative stamp was issued in her honour in 2012.
Poloz called it a “historic day” to celebrate women’s role and contributions in Canada.
The Shortlist
The short list of candidates also included poet, Olympian, journalist and engineer
The others on the short list were:
E. Pauline Johnson (1861-1913): Johnson, a Mohawk woman, was an acclaimed writer, poet and performer, whose work often examined Indigenous culture and traditions.
Elizabeth (Elsie) MacGill (1905-1980): MacGill, the first woman in the world to work as an aircraft designer, is known for her work on the Hawker Hurricane fighter planes used in the Second World War.
Fanny (Bobbie) Rosenfeld (1905-1969): Rosenfeld won gold and silver on the track at the 1928 summer Olympics in Amsterdam.
Idola Saint-Jean (1880-1945): Saint-Jean, an educator and journalist, fought for women’s right to vote in Quebec.
The final five were selected by an independent advisory council, which drew from a list of 12 names. According to the Bank of Canada’s website, that list was from a pool of 461 “iconic” women whose names were submitted by Canadians and met the eligibility requirements.
Viola Desmond’s Salon Services ad

Desmond was a beautician and businesswoman in Halifax in the mid-1940s.
Poloz said more than 10,000 names were submitted in a process that engaged people of all ages across the country.
To be eligible, the individuals had to be a Canadian (by birth or naturalization) who had “demonstrated outstanding leadership, achievement or distinction in any field, benefiting the people of Canada, or in the service of Canada.”
They also had to be dead for at least 25 years.
NOTE-able Canadians
The Bank of Canada chose Desmond over a number of notable Canadian women. (Bank of Canada)
Prime Minister Justin Trudeau had announced the plan to feature a Canadian woman on a banknote (the Queen’s image appears on the front of bills) on International Women’s Day in March.
According to the Bank of Canada, there are 132 million $10 bills in circulation right now. The number of new banknotes printed annually fluctuates from year to year.
The design and security features for the bill featuring Desmond will not be disclosed until closer to the release date in 2018.