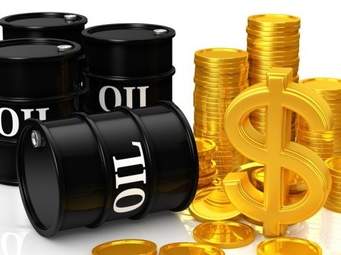 John Ghazvinian has a doctorate in history from Oxford. He has written for Newsweek, the Nation, Time Out New York, and other publications. Born in Iran and raised in London and Los Angeles, he currently lives in Philadelphia, where he is a visiting fellow at the University of Pennsylvania.

Since 1990 alone, the petroleum industry has invested more than $20 billion in exploration and production activity in Africa . A further $50 billion will be spent between now and the end of the decade, the largest investment in the continent’s history — and around one-third of it will come from the United States . Three of the world’s largest oil companies — the British-Dutch consortium Shell, France’s Total, and America’s Chevron — are spending 15 percent, 30 percent, and 35 percent respectively of their global exploration and production budgets in Africa. Chevron alone is in the process of rolling out $20 billion in African projects over a five-year period.

The overwhelming majority of this new drilling activity has taken place in the so-called “deep water” and the “ultradeep” of the Gulf of Guinea , the roughly 90-degree bend along the west coast of Africa that can best be visualized as the continent’s “armpit.” Its littoral zone passes through the territorial waters of a dozen countries, from Ivory Coast in the northwest down to Angola in the south, and a good deal of its geology shares the characteristics that have made Nigeria a prolific producer for decades. Indeed, a number of unexpectedly productive fields have been discovered in the Gulf over the past decade. But although the Gulf of Guinea has lately been sub-Saharan Africa ‘s most exciting region for the oil industry, it is hardly the only “prospective” part of the continent (to borrow the industry term). The parched semideserts of southern Chad and southern Sudan have recently added hundreds of thousands of barrels a day to global markets, and a growing chorus of voices is now touting the East African margin as the industry’s “next big thing.”

But be it east or west, jungle or desert, it is a safe bet that where the drillers go, the politicians, strategists, and lobbyists are not far behind. Washington in particular has taken a keen interest in Africa ‘s growing significance as an oil-producing region since the headline discoveries of the late 1990s. In December 2000 the National Intelligence Council, an internal CIA think tank, published a report in which it declared unambiguously that sub-Saharan Africa “will play an increasing role in global energy markets,” and predicted that the region would provide 25 percent of North American oil imports by 2015, up from the 15 percent or so at the time. (This would put Africa well ahead of Saudi Arabia as a source of oil for the United States .) In May 2001 a controversial and fairly secretive energy task force put together by U.S. Vice President Dick Cheney declared in its report: ” West Africa is expected to be one of the fastest-growing sources of oil and gas for the American market.”

In the following months, a group of congressmen, lobbyists, and defense strategists came together under the umbrella of the African Oil Policy Initiative Group, and began preaching the message that the Gulf of Guinea was the new Persian Gulf, and that it should become a strategic priority for the United States, even to the point of requiring an expanded military presence. A series of well-placed articles in the American media followed, some breathlessly announcing the inauguration of a new Middle East off the shores of Africa . Before long, the influential Center for Strategic and International Studies had chimed in with a couple of reports, its most recent, in July 2005, claiming that “an exceptional mix of U.S. interests is at play in West Africa’s Gulf of Guinea .”

During these years, a number of prominent lawmakers in Washington began getting excited about the possibility of shifting some of America ‘s oil dependence from the Middle East to Africa . One former senior official charged with African affairs recalls Kansas Senator Sam Brownback rushing up to him one afternoon in October 2002, positively glowing with excitement. “What do you think about bases in Africa ?” Brownback asked. “Wouldn’t that be great?”
—————————————-

But does Africa measure up to the hype? After all, the entire continent is believed to contain, at best, 10 percent of the world’s proven oil reserves, making it a minnow swimming in an ocean of seasoned sharks. Africa is unlikely ever to “replace” the Middle East or any other major oil-producing region. So why the song and dance? Why all the goose bumps? Why do so many influential people in Washington let themselves get so carried away when they talk about African oil?

The answer has very little to do with geology. Africa ‘s significance as an oil “play,” to borrow the industry lingo, lies beyond the number of barrels that may or may not be buried under its cretaceous rock. Instead, what makes the African oil boom interesting to energy security strategists in both Washington and Europe (and, increasingly, Beijing ) is a series of serendipitous and unrelated factors that, together, tell a story of unfolding opportunity.

To begin with, one of the more attractive attributes of Africa ‘s oil boom is the quality of the oil itself. The variety of crude found in the Gulf of Guinea is known in industry parlance as “light” and “sweet,” meaning it is viscous and low in sulfur, and therefore easier and cheaper to refine than, say, Middle Eastern crude, which tends to be lacking in lower hydrocarbons and is therefore very “sticky.” This is particularly appealing to American and European refineries, which have to contend with strict environmental regulations that make it difficult to refine heavier and sourer varieties of crude without running up costs that make the entire proposition worthless.

Then there is the geographic accident of Africa ‘s being almost entirely surrounded by water, which significantly cuts transport-related costs and risks. The Gulf of Guinea , in particular, is well positioned to allow speedy transport to the major trading ports of Europe and North America . Existing sea-lanes can be used for quick, cheap delivery, so there is no need to worry about the Suez Canal , for instance, or to build expensive pipelines through unpredictable countries. This may seem a minor point, until you look at Central Asia, where the Baku-Tbilisi-Ceyhan pipeline, stretching from Azerbaijan through Georgia and into Turkey , and intended to deliver Caspian crude into the Mediterranean, had to navigate a minefield of Middle East politics, antiglobalization protests, and red tape before it could be opened. African oil faces none of those issues. It is simply loaded onto a tanker at the point of production and begins its smooth, unmolested journey on the high seas, arriving just days later in Shreveport , Southampton, or Le Havre .

A third advantage, from the perspective of the oil companies, is that Africa offers a tremendously favorable contractual environment. Unlike in, say, Saudi Arabia, where the state-owned oil company Saudi Aramco has a monopoly on the exploration, production, and distribution of the country’s crude oil, most sub-Saharan African countries operate on the basis of so-called production-sharing agreements, or PSAs. In these arrangements, a foreign oil company is awarded a license to look for petroleum on the condition that it assume the up-front costs of exploration and production. If oil is discovered in that block, the oil company will share the revenues with the host government, but only after its initial costs have been recouped. PSAs are generally offered to impoverished countries that would never be able to amass either the technical expertise or the billions in capital investment required to drill for oil themselves. For the oil company, a relatively small up-front investment can quickly turn into untold billions in profits.

Yet another strategic benefit, particularly from the perspective of American politicians, is that, until recently, with the exception of Nigeria , none of the oil-producing countries of sub-Saharan Africa had belonged to the Organization of Petroleum Exporting Countries (OPEC). Thus they have not been subject to the strict limits on output OPEC imposes on its members in an attempt to keep the price of oil artificially high. The more non-OPEC oil that comes onto the global market, the more difficult it becomes for OPEC countries to sell their crude at high prices, and the lower the overall price of oil. Put more simply, if new reserves are discovered in Venezuela , they have very little effect on the price of oil because Venezuela ‘s OPEC commitments will not allow it to increase its output very much. But if new reserves are discovered in Gabon , it means more cheap oil for everybody.

But probably the most attractive of all the attributes of Africa’s oil boom, for Western governments and oil companies alike, is that virtually all the big discoveries of recent years have been made offshore, in deepwater reserves that are often many miles from populated land. This means that even if a civil war or violent insurrection breaks out onshore (always a concern in Africa ), the oil companies can continue to pump out oil with little likelihood of sabotage, banditry, or nationalist fervor getting in the way. Given the hundreds of thousands of barrels of Nigerian crude that are lost every year as a result of fighting, community protests, and organized crime, this is something the industry gets rather excited about.

Finally, there is the sheer speed of growth in African oil production, and the fact that Africa is one of the world’s last underexplored regions. In a world used to hearing that there are no more big oil discoveries out there, and few truly untapped reserves to look forward to, the ferocious pace and scale of Africa ‘s oil boom has proved a bracing tonic. One-third of the world’s new oil discoveries since the year 2000 have taken place in Africa . Of the 8 billion barrels of new oil reserves discovered in 2001, 7 billion were found there. In the years between 2005 and 2010, 20 percent of the world’s new production capacity is expected to come from Africa . And there is now an almost contagious feeling in the oil industry that no one really knows just how much oil might be there, since no one’s ever really bothered to check.

All these factors add up to a convincing value proposition: African oil is cheaper, safer, and more accessible than its competitors, and there seems to be more of it every day. And, though Africa may not be able to compete with the Persian Gulf at the level of proven reserves, it has just enough up its sleeve to make it a potential “swing” region — an oil province that can kick in just enough production to keep markets calm when supplies elsewhere in the world are unpredictable. Diversification of the oil supply has been a goal — even an obsession — in the United States since the Arab oil embargo of the 1970s. Successive U.S. administrations have understood that if the world is overly reliant on two or three hot spots for its energy security, there is a greater risk of supply disruptions and price volatility. And for obvious reasons, the effort to distribute America ‘s energy-security portfolio across multiple nodes has taken on a new urgency since September 11, 2001. In his State of the Union address in January 2006, President Bush said he wanted to reduce America ‘s dependence on Middle East crude by 75 percent by 2025.

Prince Harry: Social media is dividing us. Together, we can redesign it