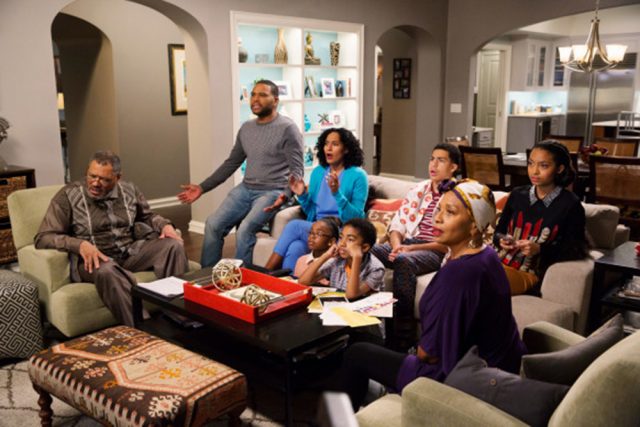 As if we needed anymore evidence to prove why diverse and inclusive entertainment is important, a new study has revealed that so-called “black” TV shows command audiences of all colors.

The newly released Nielsen report has shown that a large percentage of non-black TV viewers watch shows with predominantly black casts. These shows include ABC’s “Black-ish,” which has an audience that’s 79 percent non-black, and HBO’s “Insecure,” which has a non-black viewership of 61 percent. Other shows with black leads that have a high percentage of non-black viewers also included “This Is Us,” “How to Get Away With Murder,” “Pitch,” and “Scandal.”

It means that the habits of TV watchers are changing thanks to television being far less segregated than it was 20 years ago. According to Indiewire, by the late ‘90s networks like Fox, UPN, and The WB aired 16 of the 20 primetime sitcoms that featured black casts like “Martin,” “Living Single,” and “One on One.” This presented a stark contrast to the major networks that had mostly white shows.

But now, with shows like “Black-ish” and “Scandal” dominating on major networks, it’s becoming clearer that diversity on TV is a win-win. It means better representation for the under-represented, and it makes business sense for networks who want to attract a wide range of viewers. Hopefully, this will encourage more networks to green light even more diverse stories about people of color.

And many other shows…

Many of these shows have been money spinners for the studios and/or broadcasting channels, and number continue to make money today.  Film or Series Producers need to continue to make good programming featuring a largely black cast.  There is a thirst for it worldwide.

Everyone knows black people are talented, amusing, full of depth and creative.  Even those racists out there cannot help but admire our skill on the screen or on the sporting field.

Doors which have been hard to open need to be held ajar. It is not even just a fairness or equality issue anymore.  It is a question of economics.  It makes financial sense to make programming created by blacks and starring blacks,  for all.  Just ask Tyler Perry, Kevin Hart and Ava DuVernay.