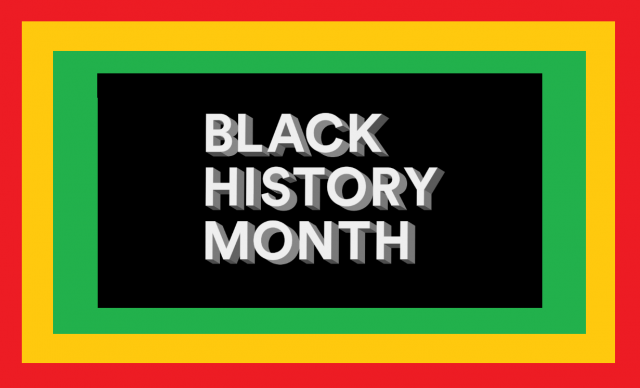 The story of Black History Month begins in Chicago during the summer of 1915. An alumnus of the University of Chicago with many friends in the city, Carter G. Woodson traveled from Washington, D.C. to participate in a national celebration of the fiftieth anniversary of emancipation sponsored by the state of Illinois. Thousands of African Americans travelled from across the country to see exhibits highlighting the progress their people had made since the destruction of slavery.

On September 9th, Woodson met at the Wabash YMCA with A. L. Jackson and three others and formed the Association for the Study of Negro Life and History (ASNLH).

He hoped that others would popularize the findings that he and other black intellectuals would publish in The Journal of Negro History, which he established in 1916. As early as 1920, Woodson urged black civic organizations to promote the achievements that researchers were uncovering. A graduate member of Omega Psi Phi, he urged his fraternity brothers to take up the work. In 1924, they responded with the creation of Negro History and Literature Week, which they renamed Negro Achievement Week.

Woodson and the Association scrambled to meet the demand. They set a theme for the annual celebration, and provided study materials—pictures, lessons for teachers, plays for historical performances, and posters of important dates and people.
Negro History Week proved to be more dynamic than Woodson or the Association could control. By the 1930s, Woodson complained about the intellectual charlatans, black and white, popping up everywhere seeking to take advantage of the public interest in black history. He warned teachers not to invite speakers who had less knowledge than the students themselves.

In the 1940s, efforts began slowly within the black community to expand the study of black history in the schools and black history celebrations before the public. In the South, black teachers often taught Negro History as a supplement to United States history. One early beneficiary of the movement reported that his teacher would hide Woodson’s textbook beneath his desk to avoid drawing the wrath of the principal.

Woodson never viewed black history as a one-week affair. He pressed for schools to use Negro History Week to demonstrate what students learned all year. In the same vein, he established a black studies extension program to reach adults throughout the year.

The 1960s had a dramatic effect on the study and celebration of black history. Before the decade was over, Negro History Week would be well on its way to becoming Black History Month.

What Carter G. Woodson would say about the continued celebrations. Well we believe he would smile on all honest efforts to make black history a field of serious study and provide the public with thoughtful celebrations.

In October, the UK celebrates Black History Month. For the entire month a wide range of events are held across the country celebrating African and Caribbean cultures and histories, including food festivals, music workshops and educational seminars and lectures. This month-long celebration, started in the United States and now has government recognition in Canada (1995), Ireland (2010), Netherlands (1863) and the United Kingdom (1987).

Looking back in history, the Black History Month we know today has its origins in Negro History Week which was created in February 1926 in the United States by African American historian Carter G. Woodson. This celebration was held annually on the second week of February, as Black communities celebrated Abraham Lincoln’s birthday on February 12 and Frederick Douglas’s on February 14.

In the aftermath of the slave trade, the purpose of the week-long celebration was to remind and educate the African American people about their contribution to the world and its history. At the time, Woodson felt that the teaching of black history was essential for the physical and intellectual survival of the race within broader society, “If a race has no history,” he said, “it becomes a negligible factor in the thought of the world, and it stands in danger of being exterminated.”

During Negro History week, teachers and churches would distribute the Journal of Negro History which was the official literature associated with the event.

In 1976 Black History Month was celebrated across the country in conjunction with the United States Bicentennial celebrations. At this time President Gerald Ford formally recognised the month and urged Americans to “seize the opportunity to honour the too-often neglected accomplishments of Black Americans in every area of endeavour throughout our history”.

During the Thatcher era, following the Brixton, Tottenham and Toxteth riots Black Britons were experiencing high levels of marginalisation and racism.

In response to this, Akyaaba Addai-Sebo, the Special Projects Officer at the Greater London Council coordinated the first official Black History Month event on 1 October 1987, with speaker Dr. Maulana Karenga, the originator of the Kwanzaa, the annual celebration of African-American culture held from December 26 to January 1 in the US.

Since then the popularity and breadth of celebrations has grown exponentially in to the widely celebrated national programme that we see today.