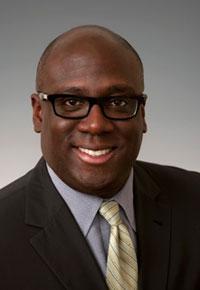 Harvard Business School Alumni Angels of Greater New York (HBSAANY) and The National Association of Investment Companies (NAIC) recently launched the Venture Capital Access Program (“VCAP”), a collaborative venture that provides women and diverse entrepreneurs nationwide with access to venture capital through accredited investors within the HBSAANY network. VCAP is, say the founders, the first program of its kind, bridges the gap between venture capitalists and angel investor networks and women and diverse entrepreneurs, many of whom have not traditionally had access to these sources of capital.

“We believe that VCAP is a rare program that addresses a pressing socioeconomic challenge while creating a win-win scenario for those involved,” says Ed Dandridge, President & Chief Executive Officer, National Association of Investment Companies.
VCAP is inclusive of women, African Americans, Hispanics, Asians and other ethnic entrepreneurs and was created to directly address the lack of capital (angel/VC/PE) generally available to people of color and women.
“Women and minorities are responsible for much of our economy’s current job creation and consumer growth, with demographic profiles (age/education/productivity) that resemble demos of the heavily invested in emerging global markets like the BRIC (refers to the countries of Brazil, Russia, India and China) economies,” says Dandridge. “By 2050, minorities will constitute the majority of our society, and along with women, they will be the engine driving our economy. (The Selig Center has published widely on these demographics).”
Because of these demographics, Dandridge says a program such as VCAP is more than necessary. “This seismic demographic shift led Harvard Business School to conclude that our economy’s future competitiveness, in part, depends on our ability to provide greater access to capital to people of color and women who historically have had very limited access to capital at all stages of business formation,” he notes. “The Milken Institute has consistently researched this issue since 2000, recommending increased access to capital for women and minorities as a major pillar of economic growth policy for the U.S.”
According to Dandridge, the goals of the program are to reach out to a broad spectrum of entrepreneurs. “While most other programs are designed to spot the “next Mark Zuckerberg (co-founder of Facebook) with a killer tech idea,” the main goal of VCAP is to help identify and nurture the next generation of great entrepreneurs focused not only on technology but on other equally fertile growth sectors as well,” says Dandridge. “For example, VCAP is designed to identify the next visionary entrepreneur such as: Bobbi Brown (skin care)–focused on women of color who spend significantly more on that category than the general market; Ray Krock–(fast food) catering to the tastes/lifestyles of people of color/immigrants in whose neighborhoods a majority of fast food outlets are located; and Carlos Slim–elecom/retail/consumer finance) serving the Hispanic population, the fastest growing segment of our population.”
Ten national organizations have signed on to help raise VCAP awareness among diverse entrepreneurs, including: Association of Asian American Investment Managers, American Business Development Center, Council of Urban Professionals, Executive Leadership Council, Institute of Caribbean Studies, Information Technology Senior Management Forum, New America Alliance, Private Equity Growth Capital Council, RG & Associates and Women’s Private Equity Summit.
“HBSAAHNY’s interest has to do with gaining access to differentiated deal flow — deals they can’t see anywhere else. David Teten, the Founder and Chairman of HBSAAGNY, has conducted research which indicates that angels who invest in less contested sectors and who source proprietary deal flow typically generate superior returns. This is the opposite of philanthropy — they are expecting to make money from these investments,” says Dandridge. “The NAIC has an interest in making sure women/minorities gain access to capital. VCAP entrepreneurs at every stage gain meaningful capital: investment, intellectual, HR, networking, social, and peers. We hope that VCAP companies will mature to scale and one day become portfolio companies of NAIC private equity firms who will then help them achieve even greater scale.”

Where are All the UK's Black VCs