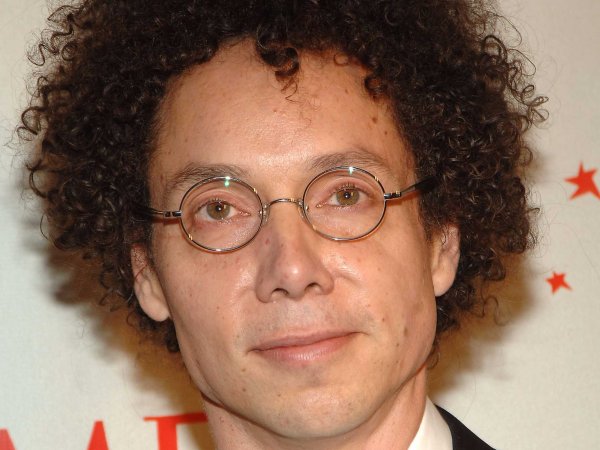 In 2005 Time Magazine named Malcom Gladwell one of its 100 most influential people.  If you are going to change the world, writing is one of those ways.  Malcom Gladwell analyses what is going on in the world, compares it with history and gives his interpretation of life as we know it.  He is reportedly worth 30 million dollars.
Malcolm Timothy Gladwell is an English-born Canadian journalist, author, and speaker. He was born in 1963. He has been a staff writer for The New Yorker since 1996. He has written five books.  They are as follows:
The Tipping Point:
How Little Things Can Make a Big Difference (2000),
Blink: The Power of Thinking Without Thinking (2005),
Outliers: The Story of Success (2008),
What the Dog Saw: And Other Adventures (2009), a collection of his journalism, and David and Goliath: Underdogs, Misfits, and the Art of Battling Giants (2013).
All five books were on The New York Times Best Seller list. He is also the host of the podcast Revisionist History.
Malcom has 47 published works listed on Goodreads.com. On Goodreads, he has Average rating 3.97 out of 6 – but who cares. 1,509,879 ratings have been placed for his writings and 57,308 reviews have been crafted by readers. For budding writers struggling to get 10 reviews is a challenge, never mind over 50,000. His books have been shelved 2,709,305 times, which means that 2.7 million people openly admitted that they want to read one or more of his works.
Check out this afro.

Most people do not realise that Malcom is mixed race. He is very light skinned, and but for his very curly hair it is not immediately obvious that he has some black in him. So a black academic is a prolific writer and has several interviews on youtube which enable us to get an essence of the man.
It was not immediately obvious to me that there was any black connection, when I first found out about Malcom Gladwell.  A mentor gave me his name, and told me to look him up.  I was treated to 10 minutes of eulogies about his Malcom’s theories, and decided a few days later to google him – as you do.  The first thing I noted was that interviewers seemed to revere him.  Treating him with the utmost respect, in hushed tones.  Then I saw a thumbnail where he had been interviewed by the Breakfast Club and I thought – huh.  Why would the Breakfast Club – black popular interviewers want to speak to him? Then my mentor said, when he has a black mother.
It’s interesting to note that Graham Gladwell, Malcom’s father, an Englishman – was a mathematician and university lecturer. He was the author of five books about inverse problems, the theory of elasticity and the theory of vibration, all of which were entirely incomprehensible to anyone outside of his rarified corner of academia. So Malcom appeared to have been inspired to write by the fact that both his father and his mother were writers.  Malcom’s mother – a Jamaican also wrote the book “Brown Face, Big Master”.  Gladwell has said that his mother is his role model as a writer.
Malcom does not normally speak on black issues, unless asked, but dwells more on issues which affect humanity as a whole.  However, on July 27, 2016, Malcom spoke to Yahoo Finance about the big development of the time – Black Lives matter.
Best-selling author Malcolm Gladwell, who’s biracial, says he is rallying behind Black Lives Matter, which was created in 2012 after George Zimmerman was acquitted of second-degree murder for shooting and killing an unarmed 17-year-old named Trayvon Martin.
“Black Lives Matter is not a symptom of what’s wrong with this country,” Gladwell told Yahoo Finance at the Ozy Fusion Fest in New York City. “That’s a symptom of what’s right with this country. That’s not things falling apart, that’s things coming together.”
He says the movement, which describes itself as a call to action and a response to the virulent anti-black racism that permeates our society, is “the most positive thing that’s come along in a very, very long time.” Gladwell believes that this indignation, often manifested in marches and protests, has been brewing within the American populace for 200 years.