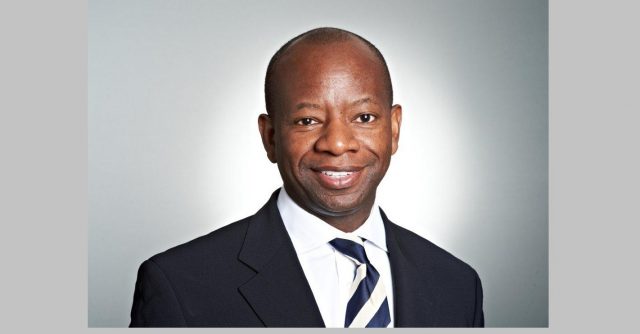 He embarked on a journey from would-be rugby player to becoming the first black managing partner of a City law firm – Trevor James, tax partner at Morrison & Foerster, shares his career story as part of The Lawyer’s coverage during Black History Month.

I was born and brought up in London. My parents came to the UK from Antigua in the late 1950s. My father was a minister, so you could literally say I’m the son of a preacher man.

I went to school in North West London. Like most kids, I was very much into sports and played both rugby and football at school. When I stopped growing (which was pretty early-on!), I realised that rugby was not going to be a viable career option. Thankfully, I was also academic and decided I wanted to read law at university.

I qualified in 1989 and it was clear to me then that I enjoyed the more academic side of the law. That led me to look at two areas: IP and tax. Having struggled to understand O Level Physics, I ended up discarding IP pretty quickly, but as I was comfortable reading a set of company accounts and didn’t mind having my head in a book for most of the day, I felt that tax would be a good fit. Another important point that influenced my decision was that, as tax law changes all the time, I knew it would keep me on my toes and interested for the duration of my career.

“I believe I was the first black partner of a City law firm, at least according to an old Times article which my mum has probably kept”

I qualified at Theodore Goddard (as it was then) and was trained by a great boss and mentor, Simon Stubbings, who gave me the opportunity to work on very complex transactions.

When I qualified, I set myself a target to become a partner by the age of 30. Five years after qualification, I moved to DLA, to become the first tax lawyer in London. I guess I wanted to see if I could cut it on my own. I made partner there aged 31…and beat myself up for missing my target! I subsequently went on to become the head of their tax group in London.

During my time there as a young partner, DLA started their European expansion, driven by Sir Nigel Knowles and I was given the great opportunity to learn about the business of law. It was probably a case of being in the right place at the right time, but Sir Nigel taught me a lot of valuable lessons which helped me later in my career.

I was the only BAME partner in the London office of DLA at the time and in fact, I believe I was the first black partner of a City law firm, at least according to an old Times article which my mum has probably kept. I spent seven years at DLA and then moved to Bird & Bird because I wanted to get closer to businesses with a tech and IP focus. After a year, I was asked to head the firm’s European tax group, which helped me develop my management skills even further.

Then in 2005, I got a call from Alistair Maughan (we had worked together both at Theodore Goddard and DLA), who had just joined Morrison & Foerster. The firm wanted to build out its London office and I was very much attracted to MoFo because of its reputation in the tech sector. I made the move in late 2005 and haven’t looked back since.

In late 2007, two months after the credit crunch, Keith Wetmore, then chair of Morrison & Foerster, asked me to be managing partner of the London office. It was obvious that I was going to have to navigate turbulent waters but I accepted the challenge nonetheless. It was hard, but all the lessons I had learned earlier on in my career, combined with being comfortable with numbers and being a people person, guided me through eight years as managing partner.

What I enjoyed the most in my time as office managing partner was to see people grow and being part of a firm that genuinely adheres to the idea that talent is colourblind. MoFo has been practising diversity well before it became a thing. I continued to fee-earn while I was managing partner and I am now back to full-time fee-earning, which I love. Deals have gotten bigger, more complex and pretty much everything I do has a global dimension.

My best piece of career advice? It’s twofold. First, this piece of advice which I received years ago from one of the first female partners in the City: “You’re black. People are always going to remember you. Make sure they remember you for the right reasons.” The second piece of advice, which I got from my parents: “Always treat people the way you would want to be treated”. This is something I have always tried my best to live by, especially when dealing with difficult situations.

Trevor James is managing partner of Morrison & Foerster in London.