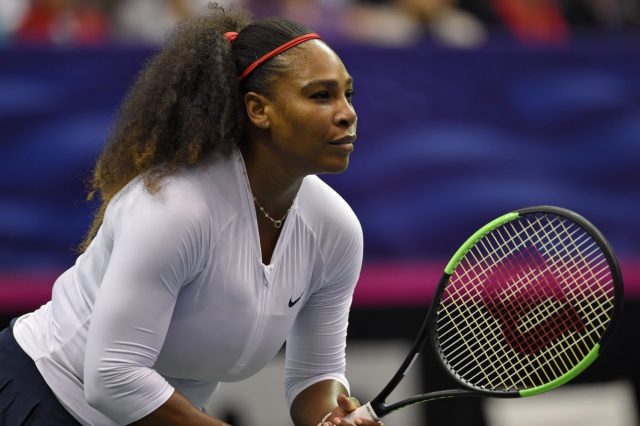 There is something about Serena Williams that makes the world want to see her carry on  winning in tennis year after year.  Notwithstanding that she is now 37, she continues to perform well, reaching finals and semi-finals.  She has a high profile social media presence and has other business interests to keep her entertained.
Whenever she hangs up her tennis boots, the world will be mourn.  With a larger than life personality, and powerful voice, we cannot imagine what will happen she is gone.  Tennis may become more white and people of colour will switch off again.  There may be replacements coming up the ranks.  Coco Gauff is being groomed but Serena’s boots are big shoes to fill.
Serena was initially Coached by father Richard Williams and mother Oracene Price.  Her current coach is Patrick Mouratoglou.  Over her career, she has earned $88,856,834 from Tennis.
As at July 2019, her WTA ranking is 10.  As the youngest of five sisters: Lyndrea, Isha, Yetunde (deceased September 14, 2003) and Venus, Serena began playing at age 5 at public courts in Compton, California.
She speaks of initial resistance to herself and her sister on the tennis circuit at the beginning, which was then almost completely comprised of white players.  “Change came – not because we were welcomed, but because we wouldn’t stop winning”

Anita Baker Battles for her Masters and asks Rans not to Buy or Stream...

Being Black In America