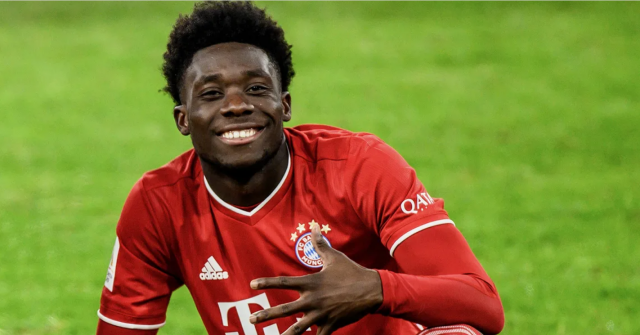 In the world of pro soccer, seen by many as the most popular sport in the world, the best players in the world are usually either from Europe or South America, with some African players making their presence felt as well. But rarely do we see a lot of hype surrounding North American-based players. Given that the United States and Canada are more about sports like basketball, with online betting platforms usually shifting their interest towards March Madness predictions rather than anything regarding soccer, there are some young players of African American and Canadian descent that are becoming high-profile stars in the world of Europe’s top competitive soccer leagues.

Given that soccer continues to amass global popularity daily, it was only a matter of time for North America to start producing some top-tier soccer talents to showcase around the world. With this said, we bring you our picks of the three best African American and Canadian soccer talents in the world right now.

When you think of Canadian soccer, not much comes to mind honestly, but that has stopped being a problem since the irruption of Bayern Munich and Canadian National Team player Alphonso Davies. (pictured) Ever since joining German soccer powerhouse Bayern Munich from the Vancouver Whitecaps, Davies has proven to be one of the absolute best, young left-backs in the sport as of recently. With a speed that is unmatched by many of his rivals and a thorough first touch technique, Davies has been able to carve himself a premier spot in one of the world’s most demanding and laureate soccer teams.

Even at his young age, 21 years of age to be exact, Davies has already shown the world of soccer that he has all the tools needed from a top-caliber defender to make it in professional soccer’s biggest stages. Davies has already been a part of a UEFA Champions League title-winning squad, all in his first true season as a pivotal player for Bayern Munich, and as time progresses and his talents continue to mature, he will surely continue being one of the best defenders in the world. It’s thanks to him as well that Canada is making a strong bid for a spot in the upcoming FIFA Qatar 2022 World Cup Tournament.

It’s not often we get to see an American player shine bright in a league as demanding as the Spanish La Liga tournament, but American-born Sergino Dest has taken it upon himself to prove all doubters wrong. Dest is a part of what could easily be considered the best generation of soccer players that the USA has ever had, with the likes of himself, Weston McKennie, Christian Pulisic, Gio Reyna, and Timothy Weah all leading the helm of a young but explosive American national team.

With his European career starting at Amsterdam giants Ajax, a team known for breeding some of the absolute best young talents in Europe, it wasn’t long for Dest to stand out at his position as a right-back or right-winger, leading to Spanish giants Barcelona to sign him from Ajax to propel him to the highest level of competition. Dest who has a mindset that you usually find in seasoned veterans and a passing skillset desired by many has already become a high-point in a season where his team has had perennial troubles trying to find their best form. If he continues to work on his defensive skills and consistency, Barcelona and the US National team could be looking at their future right-back for years to come.

Last but certainly not least, another Canadian-born player makes our list, but this time an attacker. Jonathan David, who started his European career with Belgian squad Gent, saw his first big break come after signing with French side Lille. David, who is known for his finishing skills, managed to score a bounty of 30 goals in over 60 apps for the Belgians before moving to the more attacking-forward and fast French Ligue 1 tournament. Already at Lille, he has started to prove that the 30 million euros paid for his transfer will be money well spent.

David, whose attacking IQ places him as one of the best, young, up and coming talents in French football, where the likes of Kylian M’bappe, Neymar Jr. and Lio Messi play has a plethora of talents that make him a top target for Lille’s scoring needs. Alongside Alphonso Davies, he will surely be a main character in Canada’s run for a spot in Qatar 2022 as he continues to cement his status with Lille.