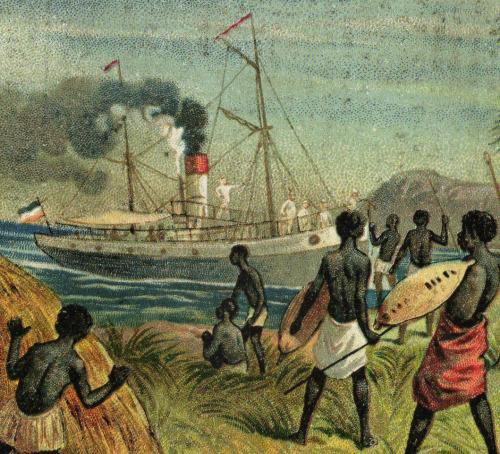 The First World War, and particularly the Second World War, disrupted European holdings in Africa. After losing World War I, Germany was forced to concede German East Africa and was essentially kicked out of the continent. By the outbreak of World War II, Great Britain and France controlled the largest sections of Africa, with countries like Portugal, Belgium, and Italy controlling lesser sections. In the aftermath of World War II, political, economic, and social factors created perfect conditions for widespread decolonization. Let’s find out why.
Think about it. While World War II raged in Europe, countries like Great Britain and France had bigger things to worry about than the smooth operation of their colonies. Sure, in some cases, it was necessary for these countries to protect their colonial holdings, but quite often troops stationed in African colonies were needed to fight in Europe.
With less governing authority in place, national independence movements throughout Africa gained momentum during the war, and thrived afterwards. Ethnic and regional leaders became increasingly aware that the European powers could not hold on to their colonies forever. Some European governments even supported a free Africa, and to this end, they invested in African industry, education, and other areas necessary for African self-governance.
The problem was, however, that not all areas were ready for self-determination. The Western democracies were particularly concerned that relinquishing their colonies would only plunge the region into civil war, chaos, or dictatorships. After all, there was much in-fighting between various African ethnic and regional groups. It was a very complex issue.
In August 1941, Great Britain and the United States drafted the Atlantic Charter. In essence, the Atlantic Charter set forth Allied plans for postwar reconstruction. The charter emphasized self-determination for all peoples, and other themes in line with the American view of democracy. The provisions of the Atlantic Charter further gave hope to African nationalist leaders yearning to shake off the shackles of foreign rule.
There was some reluctance on the part of Great Britain to go along with the goals outlined in the Atlantic Charter. After all, Great Britain had ruled an extensive global empire for hundreds of years. For many Britons, it was a matter of pride. Nevertheless, with pressure applied by the United States, Great Britain gradually let go of its African empire throughout the postwar era. France and other states did the same.
In the aftermath of World War II, it was obvious Africa was destined to become free. How could countries like Great Britain and France claim to fight a world war in the name of liberty and against tyranny, while still oppressing Africans?
African Decolonization