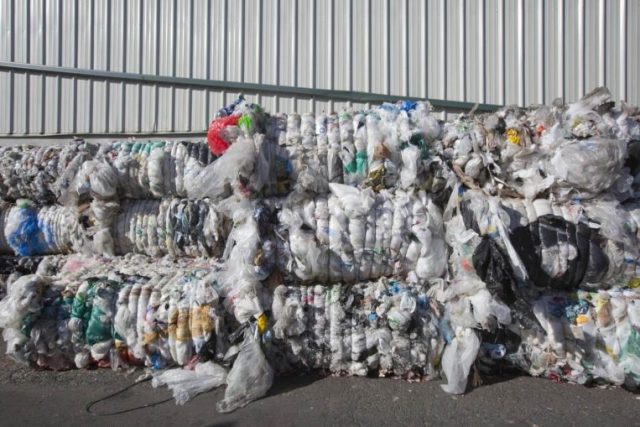 Treated like trash: south-east Asia vows to return mountains of rubbish from west
Region begins pushback against deluge of plastic and electronic waste from UK, US and Australia
by Hannah Ellis-Petersen
First Published: 28 May 2019
For the past year, the waste of the world has been gathering on the shores of south-east Asia. Crates of unwanted rubbish from the west have accumulated in the ports of the Philippines, Indonesia and Vietnam while vast toxic wastelands of plastics imported from Europe and the US have built up across Malaysia.
But not for much longer it seems. A pushback is beginning, as nations across south-east Asia vow to send the garbage back to where it came from.
Last week the president of the Philippines, Rodrigo Duterte, threatened to sever diplomatic ties with Canada if the government did not agree to take back 69 containers containing 1,500 tonnes of waste that had been exported to the Philippines in 2013 and 2014.
Canada had refused to even acknowledge the issue for years but as the dispute escalated, Duterte declared that if the government did not act quickly, the Philippines would tow the rubbish to Canadian waters and dump it there.
“The Philippines as an independent sovereign nation must not be treated as trash by a foreign nation,” said presidential spokesman Salvador Panelo.
The rhetoric was symptomatic of a wider regional pushback that began last year when Thailand, Malaysia and Vietnam all introduced legislation to prevent contaminated foreign waste coming into their ports.
On 23 April a Malaysian government investigation revealed that waste from the UK, Australia, United States and Germany was pouring into the country illegally, falsely declared as other imports.
Enough was enough, said Yeo Bee Yin, the environment minister. “Malaysia will not be the dumping ground of the world. We will send back [the waste] to the original countries.”
She has been as good as her word. Five containers of illegal rubbish from Spain discovered at a Malaysian port have just been sent back and on Tuesday Yeo announced that 3,000 tonnes of illegally imported plastic waste from the UK, the US, Australia, Japan, France and Canada would be returned imminently.
Many believe this is the only way that countries, mainly in the west, will finally be forced to confront their own waste problems, rather than burdening developing countries.
Only 9% of the world’s plastics are recycled, with the rest mostly ending up rotting in landfills across south-east Asia or illegally incinerated, releasing highly poisonous fumes. Campaigners in Indonesia found last year that illegal rubbish imports were being used as furnace fuel in a tofu factory.
“It is the right move by the Malaysian government, to show to the world that we are serious in protecting our borders from becoming a dumping ground,” said Mageswari Sangaralingam, research officer at Consumers Association of Penang and Friends of the Earth Malaysia. She said significant amounts of plastic waste coming into Malaysia was “contaminated, mixed and low grade” which meant it could not be processed and has ended up in vast toxic waste dumps.
An environmental injustice

The problem began for south-east Asia in early 2018 after China stopped accepting plastic waste and recycling from the rest of the world due to environmental concerns. The outright ban was problematic: in 2016, China processed at least half of the world’s exports of plastic, paper and metals, including enough rubbish from the UK to fill 10,000 olympic swimming pools.
A woman holds a portrait of Canadian Prime Minister Justin Trudeau during a protest outside the Canadian Embassy
In the wake of China’s ban, private corporations handling waste for national governments began scrambling for other countries to bear the burden. With most of the rubbish channelled through Hong Kong, south-east Asia, which was nearby and had lax regulation, became an attractive alternative destination for the rubbish.
Malaysia has borne the brunt of the re-directed waste. According to Greenpeace, imports of plastic waste to Malaysia increased from 168,500 tonnes in 2016 to 456,000 tonnes in just the first six months of 2018, mainly coming from the UK, Germany, Spain, France Australia and the US. The environmental and social cost has been high.
A report by Global Alliance for Incinerator Alternatives (GAIA) detailed how across sout-east Asia, the influx of toxic waste has caused contaminated water, crop death and respiratory illnesses.
In recognition of the damage being done, the Basel Convention, a multilateral agreement about the handling of waste globally, was amended this month to prohibit unrecyclable and contaminated plastic waste being imported into developing countries without their consent. However, it will only come into effect in 2020 and not all south-east Asian countries are signatories.
Yet even as south-east Asian governments start to crack down on the problem, the waste just keeps on coming. In Indonesia, 60 containers of foreign hazardous and toxic waste have been sitting in a port in Riau Island for the past five months. Last week, crates of shredded municipal garbage from Australia turned up in the Philippines labelled as fuel in at attempt to bypass customs regulations. Philippine customs officials confirmed they were working on sending it back.
Beau Baconguis, Plastics Campaigner of GAIA Asia Pacific, pointed out how developed countries in the west were still only willing to take back their own rubbish “begrudgingly” .
“It’s their waste so these countries should be responsible for it,” said Baconguis. “To us, it’s an environmental injustice for poorer countries to take the waste of richer countries just because they don’t want to deal with it. So hopefully when their rubbish is sent back, finally these countries will be forced into action on their own doorstep.”
At present rich Western countries are not sending rubbish to Africa.  African countries have enough problems dealing with their own waste, and have not developed systems to safely and economically dispose of rubbish.  The West are now rushing to develop their own disposal systems outside of landfills which used to be the only solution once upon a time.
Source: Guardian.com