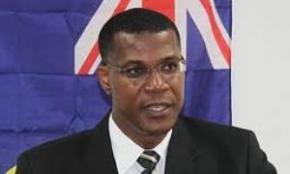 PORT OF SPAIN, Trinidad, Apr 17, CMC – The Turks and Caicos Islands is still considering political independence from Britain, Premier Dr. Rufus Ewing has said.
Ewing told the Caribbean Media Corporation (CMC) that “independence remains a major issue” three years after Britain suspended the island’s constitution and set up a one-man commission to probe the government of then premier Michael Misick.

“I think any right thinking country should have independence as its destination. The time period however is the question. The need for independence must be the goal and so everything you do should be to prepare your people and country for that giant step.
“There will be a number of factors that will come into play as to whether or not that time should be fast tracked or continue along the pace that you would desire to have or would like to have and that would depend on the ongoing relationship with the United Kingdom government and the people in the territory,” he said.
Ewing said that the government “of the day” would also have a role to play and “allowed to do what is right by the people, for the people to improve their standard of living and to prepare us for our plans for moving towards that step of independence.
“If it doesn’t happen, all it does is to make the people even more convinced that independence is our only way out,” said Ewing, who is here attending the 14th annual Caribbean Tourism Organisation organised Sustainable Tourism Conference (STC-14).

Drakes Gives Away Money – in God's Plan Video – May others Learn from...