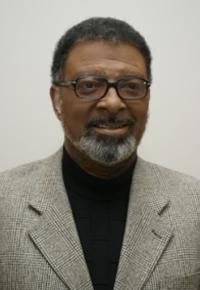 According to Roger E. P. Madison, Jr. founder and CEO of iZania.com , the business oriented social networking site for African Americans, it’s not a matter of choosing between online social networking and networking face to face.  Business owners and other professionals should do both, he says.

“The options are not either/or,” says Madison.  “We may affect an online introduction, and then extend the relationship with an offline activity.  Or, we may meet at an offline networking activity – a meeting, conference, workplace, social event – and extend the relationship with online activities.  For me, every encounter is a social networking activity.”
Connecting like minded professionals
iZania is the combination of two words – Internet and Azania.  The word Azania means Africa.  So, iZania means “connecting the people of Africa via the Internet.”  It is pronounced (ee-ZA-nya).   Madison founded iZania in 2003, two years after retiring from a 35 year career which included Information Systems Sales and Service as well as Executive Leadership with IBM.
The vision behind iZania is to help Black professionals expand their knowledge and connect with like-minded individuals.  iZania also provides users  the opportunity to discuss solutions to issues that affect the Black community at large.  Black entrepreneurs who join iZania should, according to Madison, “expect access to a target audience that has expressed an interest in supporting the success of Black-owned businesses.”
With so many social networks available, how do you choose?
Back in 2000, BlackPlanet was just about the only game in town, nine years later there is a literal explosion in social networking sites for African Americans online.  There are dozens of Ning groups, Yahoo lists and plenty of mainstream sites like Facebook and Twitter, so how is iZania different from other social networking sites?
“We are different in three specific ways,” Madison explained in an interview with TNJ.com.  “One, our foundation is Black economic development – including a Black-owned business directory and e-commerce marketplace at www.izaniamarket.com. Secondly, we have built a collaborative model.”
iZania doesn’t sell their own products or services. Instead they assist in facilitating the activities of members.  Also iZania provides a wide array of collaborative and marketing tools such as a newsletter, press releases, e-blasts, forums, blogs, videos, and news.  Madison says these communication vehicles address the current issues in the Black community “that are important to our collective self-interests.”
Making money and making Friends
Social networking is about making connections “friends,” blogging and participating in forums.  Madison believes the result of all this could be profitable for those who participate.  “There is an economic benefit that is the result of relationships and transactions among members of a social networking community,” says Madison who also emphasizes the “social” part of social networking.  Or the idea that when people come together, lots of good can happen.
“I just recently returned from West Palm Beach Florida, where my wife and I spent a few days in the home of a colleague and his family,” recounts Madison.  “We met and cultivated our relationship virtually, while building a nationwide fundraising campaign for the Joseph Littles Nguzo Saba Charter School.  Our visit to their home was the first time our families met face to face.  I also got to meet the faculty, board, and students of the school.  The relationship has come full circle – enabled by the elements of online social networking.”
Online safety
While the benefits of social networking are numerous, there are some—for a variety of legitimate reasons—who do not want to dialogue with people they don’t know, especially online.  Madison says social networking is based on the on the “kindness of strangers” however if you’re truly concerned about safety there are tools available to protect identities.  Also the technology has evolved to provide safe and secure financial transactions online.
“The biggest thrill for me is building relationships with colleagues virtually and finally meet them face to face,” said Madison.  “You and I are conducting an open and honest dialogue based on trust that we are who we say we are.  Who knows when of if we will ever meet face to face.”
Like other networking proponents Madison feels that talking to people we don’t know is a necessity if we want to move forward in life.  “We cannot be afraid of strangers if we hope to succeed in this environment,” he said.
Madison is a native of Farmville, Virginia.  He received his B.S. in Business Administration from the George Washington University School of Business and Government Studies.  He and his wife, Joyce, live in Gahanna, Ohio.