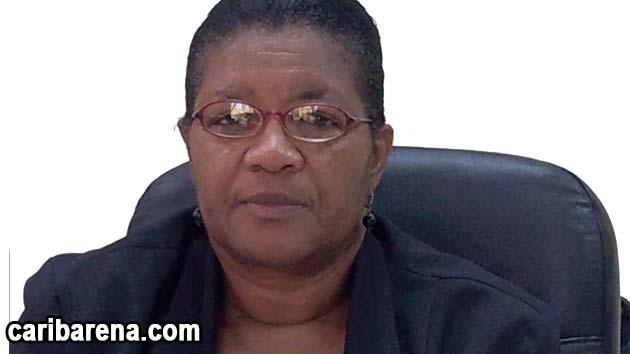 Antigua St. John’s – Plans continue toward implementation of Universal Secondary Education in Antigua-Barbuda beginning September 2013.
Yes, the government has been experiencing cash flow problems that have resulted in late payment for teachers and other public servants – and recent industrial action on the part of teachers; yes, the principals have concerns re-staffing, timetabling, accommodation for special needs children, and the readiness of students to handle the work.

Yes, the director of Education, Jacintha Pringle, who acknowledged all of the above, has her fears as well, but she remains adamant that the time is now. In fact, when pressed about the timing, all things considered, “let’s do it,” she insisted, and iron out the kinks as they reveal themselves. This is not to say that the Ministry of Education is taking a wait and see stance; there’s a working group in place that meets regularly in an effort to anticipate the hurdles and plan for them.
Plus, Pringle said they have met with principals “(who) have a lot of questions because it’s something new.” But the former principal added that the only form that will be significantly affected come September is Form 1. “Everything will continue as usual in the upper forms,” Pringle said.

She shares the principals’ concerns re staffing – especially in the areas of English and Mathematics, mandatory areas in which students are already struggling – but shared the Ministry of Education’s plans to address this. “One of the things that will happen to ensure that I have enough staff, the Ministry has taken the decision not to grant long leave for September (and) the number of persons who will get duty leave will be considerably cut,” Pringle said. Effectively, she said, they plan to keep staff present and reduce the need – and cost – of adding much in the way of new staff or substitutes.
The cutbacks in duty leave seem counter to the Ministry’s efforts to have staff upgrade their certification, a measure she said has backfired as the pace of the upgrades seems to have outstripped their ability to absorb them, resulting in a backlog with respect to compensation commensurate with the upgrades.
Still, not even these challenges are causing her to second guess the push for USE. Pringle is insistent that all children have a right to Universal Secondary Education, now not later – left unsaid but implicit in her tone, by any means necessary.
Speaking of the levels that will exist within the secondary schools to accommodate the differences in ability and interests, Pringle said, “what we want our children to be able to do is to taste success.”
There will always be challenges, she said. She spoke, for instance, of the limitations re access to computers for all students especially at the lower secondary level given the limitations of the onsite computer labs. “I will never say we cannot entertain more resources, you can never have enough.” But, she insisted, “let’s do it…in the end, the children will benefit.”

AC Memorial Charity Single – "I have a Song"