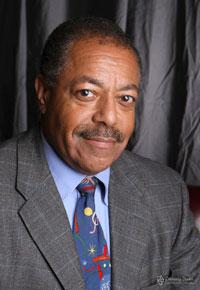 After being surprised by the comments people directed at him for being a conscientious new father, filmmaker and educator Derek Phillips co-directed and co-produced an award-winning documentary called “Real Dads–Black Men on Fatherhood,” which included commentary by the late Ossie Davis. Despite the film’s positive reception, Phillips–who has two daughters–and some of the men featured in the film continued to wonder what else they might do to educate the public about the critical role fathers play in their children’s lives. A few years later in 2004, along with Keith Honeywell, a public education administrator, Phillips launched Real Dads™ Network (RDN).

Real Dads ™ started out as a website and newsletter. Now, according to Honeywell, who serves as director of operations, RDN has blossomed into an event driven organization. With Phillips at the helm as executive director, last year RDN was officially incorporated as a nonprofit. Soon the team hopes to go national by setting up new chapters and hosting events in other cities.
“We’ve grown in recognition,” says Honeywell, a father of three daughters.
Recently, RDN hosted the “Fathers and Children Picnic” in Roy Wilkins Park in Queens, New York. It was attended by more than 250 people and was co-hosted by New York State Assemblyman William Scarborough. The picnic launched RDN’s 4th Annual Celebration of Father’s Week, a series of events featuring a relationship seminar, the critically acclaimed play “Growing Up Daddy – A One Man Show,” an art exhibit in the Gershwin Hotel called  “BABA: Black Artists’ Expression of Father” and a public policy forum hosted by the Eagle Academy for Young Men in the Bronx.
Honeywell says the mission of the organization is to celebrate fatherhood. “It provides resources for men who want to be better fathers and it helps influence public policy so that the idea of “shared parenting” becomes a standard,” he says.
“There are many alarming statistics showing the extent of the absence of fathers in the home, particularly in African-American homes,” Honeywell says. “Almost every American social problem such as education, teen pregnancy, unemployment, crime, drug use, etc. has a “daddy factor” associated with it. RDN believes that increasing male involvement in the parenting process will go a long way in reducing these negative social statistics.” He says that, ultimately, RDN wants to have a national impact on people’s consciousness and the legal system.
The organization asserts that part of the misconceptions about fatherhood stem from the media, so their focus is to use the same platform to spread their message. “The idea is to use the media to its full advantage,” said Honeywell. “Fathers are indeed needed for the healthy development of children.”
Seven years after launching the Real Dads ™ Network website, the organization is now attracting a board of directors who can provide guidance on reaching the next level. While Phillips and Honeywell are both seasoned administrators, they are aware of their limits. The board will help the organization raise money and provide direction in terms of setting up an infrastructure and eventually hiring more staff.
Honeywell’s advice to those who want to start a nonprofit is to connect with knowledgeable people and do your research. “Get as much information as you can,” he urged. “From books, websites and other nonprofit businesses…learn from their mistakes and successes,” he says.
What has he learned from the process of starting a nonprofit? “For me, one of the key things in life is that you get what you pay for. Deal with people who know what they’re doing and who have a record of success. They’ll make you look good,” he offers.
Honeywell advised against cutting corners. “Even though you’re running a nonprofit, you have to run it as a business in order to stay in business,” he says.
Honeywell said they chose to incorporate as a “nonprofit” instead of a “for profit” company because they’re here to be a change agent. “The message is our most important commodity,” he says.
The culminating event in the Celebration of Father’s Week this year was the 4th Annual Real Dads ™ Network Scholarship and Awards Dinner where Kwasi Nyantakyi, a graduating senior and future University of Rochester student, won a $1,000 scholarship. “He’s a potential ‘real dad’ and we’re supporting him,” says Honeywell.

Michael Jordan and Jordan Brand Donate $1 Million to Ida B. Wells Society to...