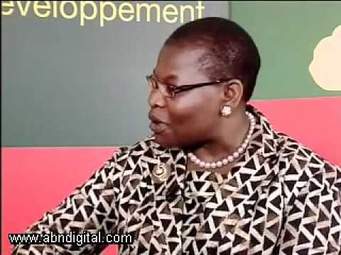 About the VP – Ms. Obiageli Ezekwesili

Obiageli “Oby” Ezekwesili, a Nigerian national, was appointed Vice President for the World Bank’s Africa Region in 2007. She oversees more than 1600 staff and is responsible for the delivery of projects and economic and sectoral work in 47 Sub-Saharan countries. In fiscal year 2010, the Bank committed $11.5 billion in new project lending in Africa, and disbursed over $1.1 billion in grants, in addition to almost 90 analytical studies.

Oby joined the Bank from her most recent position as Minister of Education in the Government of Nigeria, where she led a comprehensive reform program within the education sector including: . Restructuring and refocusing the ministry for the attainment of Education for All (EfA) targets and Millennium Development Goals. She also introduced the Public-Private Partnership models for education service delivery; revamped the Federal Inspectorate Service as an improved quality assurance mechanism and introduced transparency and accountability mechanisms for better governance of the budget. Ms. Ezekwesili led the establishment of the Innovation & Vocational Enterprise Institutions initiatives which focuses on the development of skills for economic competitiveness and–in conjunction with the Nigerian Stock Exchange– launched the “Adopt-A-School” program, an initiative that fosters philanthropy by corporations; community groups and individuals.

Ms Ezekwesili began her career with Deloitte & Touche where she worked as an auditor, management and financial services consultant. She then served as a founding Director of Transparency International (TI) and as TI’s Director for Africa from 1994 to1999. Between 2000 and 2002, she worked with Professor Jeffrey Sachs as Director of the Harvard-Nigeria Economic Strategy program, during which time she was also appointed as an aide to President Obasanjo. In 2003, she was designated Senior Special Assistant to the President of Nigeria on Budget Monitoring and Price Intelligence. As Minister of Solid Minerals from 2005 to 2006, Ms. Ezekwesili oversaw the passage of the Minerals and Mining Act, the establishment of the Nigerian Mining Cadastre Office and the opening of the sector to private participation. Ms. Ezekwesili also served as the Chairperson of the Nigerian Extractive Industries Transparency Initiative from 2004 and led the voluntary sign-on of Nigeria to the EITI Principles as well as the first ever process, financial and physical audit of Nigeria’s oil and gas sector.