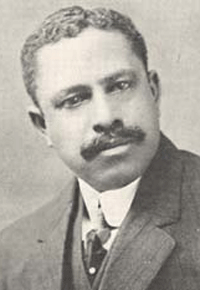 Take a look at these Black Entrepreneursfrom Back in the Day

As we navigate these challenging economic times, here is a look back at seven stories of Black-owned businesses that made it big!

North Carolina Mutual – John Merrick: Merrick was born into slavery prior to the start of the Civil War but stayed in the South even after the emancipation. After moving to Durham, North Carolina, in 1880 and opening his own barber shop, he became very involved in the Durham community and became increasingly successful by developing powerful friends in both the white and Black communities. These relationships helped build one of America’s biggest and most successful Black businesses: the North Carolina Mutual Life Insurance Company, which Merrick founded in 1898.

Mascoll Beauty Supply – Beverly Mascoll: Mascoli, a Canadian, took $700 in 1970 and created her own line of Black hair-care products, selling them from the trunk of her car. She convinced a U.S. manufacturer to be her first Canadian distributor, which is now, one the biggest in the Canadian Black beauty supply industry.
Not only did she build her business, but in 1998 was appointed a Member of the Order of Canada for her outstanding entrepreneurship and assistance with Canada’s youth.
McCoy Manufacturing -Elijah McCoy: McCoy worked for the Michigan Central Railroad as a locomotive fireman. After becoming a mechanical engineer, he invented a device that made it possible to oil machinery while it was running. To distinguish it from cheaper imitations, it became known as “The Real McCoy”. McCoy patented fifty different automatic lubricators and, at age 77, began the Elijah McCoy Manufacturing Company in Detroit.

Black Entertainment Television – Robert L. Johnson: Johnson and his wife launched BET in 1980, with just two hours of programming a week. In 1991, BET became the first Black-owned company on the New York Stock Exchange. In 2002, Johnson decided to buy back all of the publicly-traded stock.
In 2003, BET was no longer a Black-owned business as Viacom bought it for three billion dollars, making Johnson’s majority take worth over a billion dollars. That made him the richest Black person in America…until giving up the title to Oprah Winfrey.
Thermo King -Fred Jones: Jones was born in Covington, Kentucky, in the late 19th century. His father was a white Irishman and his mother was Black. At eight years old, his father took him to Cincinnati, Ohio’s St. Mary’s Catholic Church rectory. There, he performed duties around the church in exchange for being fed and housed. Early on, Jones demonstrated an interest in mechanical workings.
After college, he developed a cooling process that could refrigerate a tractor-trailer, and in 1939 he and his partner, Joe Numero received a patent for the device which would soon be called a “Thermo King”. Thermo King was critical in the birth of the frozen food industry.
Julian Laboratories -Percy Julian: In 1916, Julian graduated from Montgomery, Alabama’s State Normal School for Negroes. Upon graduation, he was accepted into DePauw University in Indiana, where in 1920, he was selected as the class valedictorian.
In 1935, he took a position with the Glidden Company as head of their soy product division. His work with soy products lead him to discover a way to create male and female hormones from the beans. The hormones would help prevent miscarriages, fight cancer and helped in the relief of many other diseases.
He left Glidden in 1954 to start Julian Laboratories, where he discovered yams were an even better source for his hormone treatments. Seven years later he sold Julian Laboratories to Smith, Kline and French for 2.3 million dollars, an almost unimaginable amount at the time, especially for a Black man.

Famous Amos Cookies – Wally Amos: In 1948, at 12 years old, Amos moved from Tallahassee, Florida, to Manhattan to move in with his aunt, who happened to have a great chocolate chip cookie recipe.
After dropping out of high school to join the Air Force, he was discharged honorably, got a clerical job with the William Morris Talent Agency, and eventually became the agency’s first Black talent agent.
He would recruit clients by sending them cookies from his aunt’s now-modified recipe, which eventually led him to start Famous Amos Cookies, in 1975 with a $25,000 loan from Marvin Gaye and Helen Reddy.