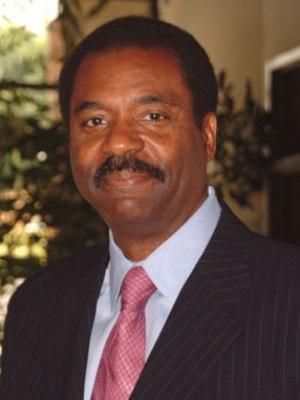 The latest U.S. Census report on black-owned businesses shows a growth rate three times the national average. The 10 black-owned companies listed here are excellent models for those who aspire to economic independence.


World Wide Technology Inc.
In 2010, revenue rose 45 percent to $3.2 billion as demand from the public and private sectors soared for this Maryland Heights, Mo., firm’s technology products and consulting services. David L. Steward, chairman of the board, founded World Wide Technology in 1990. Prior to working at WWT, Steward, who earned a bachelor’s degree in business management from Central Missouri State University, was a senior-level manager at Federal Express, Wagner Electric and Missouri Pacific Railroad.

CAMAC International Corp.
Last September, President Obama enlisted a seasoned entrepreneur when he appointed Kase Lawal to the Advisory Committee for Trade Policy and Negotiation. In 1986 the Nigerian-born chairman and CEO of CAMAC founded his company, which has annual revenue of about $1.5 billion to explore, develop and operate oil properties. Lawal, who has a B.S. in chemical engineering and an MBA, worked as a chemist and a chemical engineer prior to starting CAMAC in Houston.

Bridgewater Interiors LLC
The Detroit company, a tier-one supplier of motor-vehicle parts and accessories, is in a tough industry. Its joint-venture partner, Johnson Controls, a technology and industrial company, owns 49 percent of the business. Ronald E. Hall Sr.has been CEO at Bridgewater since its 1998 launch. The company, which had revenue of $1.1 billion in 2009, is known for its high-quality work on popular Ford and General Motors vehicles.
ACT-1 Group
Companies with staffing, human resources or business concerns turn to Janice Bryant Howroyd for her expertise, and she has built a firm with nearly $1 billion in annual revenue. The North Carolina A&T University graduate foundedACT-1, headquartered in Torrance, Calif., in 1978, and is CEO of what is now the nation’s largest woman- and minority-owned employment-services company. Howroyd is the authorof The Art of Work: How to Make Work, Work for You!
ZeroChaos
If you name your work-force-management companyZeroChaos, you better deliver.Harold F. Mills is CEO of the Orlando, Fla., staff-services firm, with annual sales of $700 million. The company has customers in 14 countries. In 2010 the Orlando Business Journal hailed the former Ameritech executive as one of its 40 Under 40 leaders. Mills has a bachelor’s degree from Purdue University and an MBA from Harvard Business School. Follow him on Twitter.

MV Transportation Inc.
When you have to get to work or somewhere else, MV Transportation can take you there. The Fairfield, Calif., company, founded in 1975 by husband-and-wife team Alex and Feysan Lodde, has nearly 13,000 employees and revenue of more than $700 million annually. Its 7,000 vehicles serve public and private passengers in 100 locations in 26 states plus Canada. It is the nation’s “largest privately held passenger-transportation contracting firm.”

TAG Holdings LLC
CEO Joseph B. Anderson leads the Troy, Mich., parent company of a variety of businesses. TAG Holdings controls a Korean and a Chinese plumbing ceramics maker, four automobile wheel-assembly suppliers, and a firm that offers consolidation and warehouse services. Revenue in 2010 was more than $700 million. Anderson is a former White House fellow and a decorated West Point graduate. From 1979 to 1992, he was a General Motors executive. He is a vice chair of the Obama administration’s Manufacturing Council.

The RLJ Cos.
Serial entrepreneur Robert L. Johnson is always busy. He is the founder and chairman of the RLJ Cos., based in Bethesda, Md. In 2010, RLJ Development, the hotel investment company that Johnson and Thomas J. Baltimore Jr. co-founded, acquired 22 properties worth more than $1 billion. They include two hotels in New York; five properties in the Washington, D.C., area; and hotels in Tampa, Fla., and Los Angeles. The firm’s 2010 revenue was $578 million.
Bridgeman Foods Inc.
Ulysses “Junior” Bridgeman was an accomplished basketball player during 12 years in the NBA. He also anticipated retirement by exploring business opportunities and making contacts that turned him into an all-star in business. Bridgeman is owner and president of $500 million Manna Inc. and ERJ Inc., which manage more than 320 restaurants. Those include 163 Wendy’s Old Fashioned Hamburger restaurants, 120 Chili’s, nine Perkin’s Family Restaurant & Bakery restaurants and at least 28 Fazoli’s. They’re all slam dunks.

Barden Cos. Inc.
During the 1980s, Don Barden made his first fortune operating Detroit-area cable television companies, which he later sold to Comcast. He has also owned a real estate development company and radio stations. Currently Bardenis the nation’s only black owner of gaming casinos. His $380 million business consists of the Fitzgerald casinos in Las Vegas, Mississippi and Colorado, as well as two Majestic Star floating casinos in Gary, Ind. See Barden on video.

How Black Business Owners Are Finding Capital for Their Companies