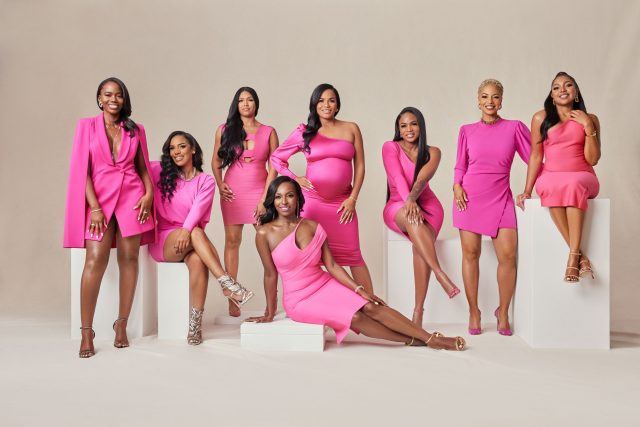 Netflix’s Selling Sunset is clearly doing well, given that it’s expanding its universe with a series of spin-offs. And the follow-up that has piqued my interest in particular? Selling Tampa, which follows the lives of the all-female, all black agents of Florida-based Allure Realty.

As with Selling Sunset, there is plenty of cattiness and consumerism off the bat. Cast-mates preen and casually discuss “lucky Chanel handbags” on all-expenses-paid trips to Miami. It’s set against a backdrop of impractically large, undeniably impressive mansions. But while Selling Sunset focuses on a luxury real estate agency whose glamorous, all-female agents are employed by the two brothers who rule the roost – giving it a Playboy mansion feel at times – it’s female boss Sharelle Rosado at the helm of Allure. She is often a shoulder to cry on (even if some of her own clapbacks are enough to cause tears themselves). Compared with the established company run by the Oppenheim brothers in Selling Sunset, Allure Realty is essentially a startup, so the stakes feel even higher.

Like its Los Angeles-based predecessor, Selling Tampa also has a certain edge that realty-reality shows have over their contemporaries. The women more often bicker over business than boys, while also touching on themes such as divorce, familial trauma and how unplanned pregnancies can reshape a working woman’s career aspirations. Many of them are navigating their high-powered roles while juggling family life.

But what it has been praised most for is its diversity. The ethnic makeup of the cast means these often sidelined conversations are even more powerful. We don’t hear enough from women in these spaces, let alone black women, and we rarely see the inner workings of black-owned businesses. In fact, Allure Realty is an all-black, all-female agency because Rosado had previously worked at companies where she was the only woman of colour and in 2019, decided to become a part of the change she hoped to see.

With their casual brokering of multimillion-dollar deals, the cast is one of many US reality show ensembles that lead the way in depictions of the African American middle class. Reality TV programmes in the US have pioneered aspirational black representation, with shows like The Real Housewives franchise or Married to Medicine, which follows female doctors and the wives of doctors in Atlanta. That isn’t to say the genre hasn’t exacerbated stereotypes with their black fronted programming; fist fights and relationship woes remain central in many shows. But there are enough black casts to ensure more than one story is being told.

Selling Tampa isn’t alone in focusing on affluent, successful black women. But it takes it even further in the right direction, by focusing on women whose inclusion is not by virtue of their adjacency to successful men. The commission is earned entirely by these women, with scenes more often than not passing the Bechdel test.

It operates in the sweet spot between positive representation and the mess required to keep a reality show from becoming a documentary – something we haven’t yet seen in the UK. While Channel 4’s Highlife must be applauded for showcasing a different black reality, it lacked the drama needed to hold attention. ITV’s Peckham’s Finest currently lacks either.

Black Economics says…
But perhaps they can improve on these if they are given a second series. It was a joy to see those programmes on TV. We hope these types of programmes double and treble every year.

We love Selling Sunset. Every woman featured is beautiful, poised and entrepreneurial. Well done to the founder of Allure Sharelle for making this happen. And we are sure it was not easy to air the dirty laundry – but that is real life.

Portrayals of black excellence via reality TV aren’t perfect, but I’m glad they exist. The aim of the genre is rarely to bathe subjects in glory – programmes such as Jersey Shore, The Hills and in the UK, TOWIE and Made in Chelsea, make caricatures of their cast.

But there is so little black representation that more of it can only ever be a good thing. When Cardi B name-checked her dentist Dr Catrise Austin in her 2017 hit single Bodak Yellow (and trebled the dentist’s business in the process), I was amazed to see she was a fabulous, bouffant haired black woman. My best friend, a fervent fan of shows like Married to Medicine – and the successful black people they portray – didn’t even blink.

EZjet’s boss applies for bail, after trial postponed to October