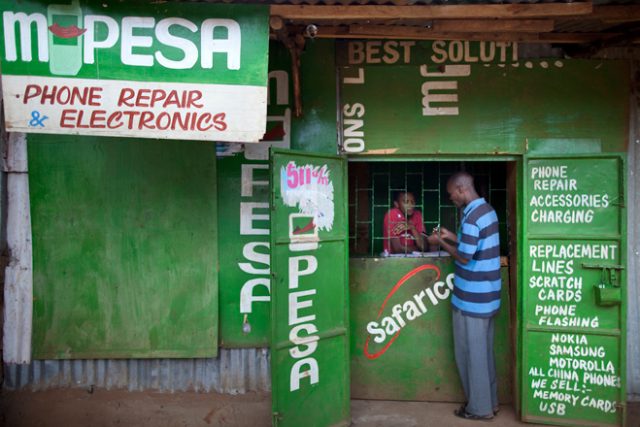 By Daniel O. Nyairo
(first published 7 March 2015)
There is an old joke to the effect that you will always know a Kenyan in a foreign city because the first thing they will ask right at the airport is where they can find an M-Pesa agent in town. Of course, this is an exaggeration, but it goes to show how the service is entrenched in Kenyan society.
M-Pesa facilitating Bitcoin adoption in Africa
For those who might not be privileged to know what M-Pesa is, this is a mobile system that allows people to store money on their cell phones and, most importantly, pass it around.
It is now a norm to pay for your dinner at a restaurant using M-Pesa and even buy electricity tokens from the power supply company when you reach home and you are greeted with a blackout since the previous token has expired.
Vodafone through its local subsidiary, Safaricom, launched M-Pesa in 2005. Since then this service has grown so big so that when there is system downtime, everything across the country seems to come to a standstill.
And the numbers explain why this is so. Of the 40 million Kenyans approximately living in the country, there are close to 17 million active M-Pesa accounts. That means if you took away the approximate number of those under and over the age of the majority, it becomes clear that almost every adult transacts using the mobile money service.
On the face of it, M-Pesa it seems to be the perfect competitor that bitcoin has to take on if it dreams of becoming mainstream in the country. However, recent developments seem to point to the opposite.

Meet the Huawei gt 2 46mm smart watch. Professionals go after Smart Watches rather than check the time on phones