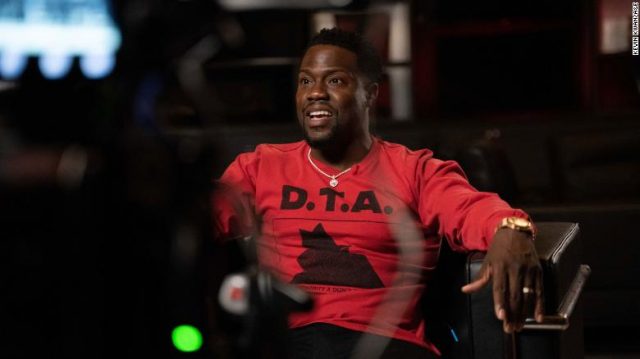 “Right to Offend: The Black Comedy Revolution” conspicuously overlaps with other recent documentaries, including projects devoted to the legacies of Dick Gregory and Bill Cosby. Yet this two-part A&E production stands out in contemplating the unique role that Black comedians have played in calling out injustice and giving voice to how society has changed across decades.

The first half is perhaps inevitably a trip down memory lane, dealing with trailblazers on the standup circuit, foremost among them Gregory, who essentially gave up performing in order to throw himself into the civil-rights movement. It also affords a fair amount of time, grudgingly, to Cosby (“There’s no Barack Obama without Bill Cosby,” D.L. Hughley says), before moving on to Richard Pryor, who many of those interviewed cite as the most influential voice of all and, as author Mark Anthony Neal notes, “the template for everybody who comes after.”

The second half, by contrast, veers from the stage heavily into the influence of movies and television, from Fox’s “In Living Color” to Eddie Murphy — first on “Saturday Night Live,” then as a mainstream star in films like “48 Hours” — to the wedding of a hip-hop sensibility and comedy via TV showcases like “Def Comedy Jam.”

Those hours also focus on two comics who have been much in the headlines of late, Chris Rock and Dave Chappelle, representing the most prominent heirs to Pryor, with both discuss how they see their roles as provocateurs.

Asked about making fun of Black people in front of racially diverse audiences, Rock admits that the practice made some people uncomfortable, but he says, “I like the audience to be slightly appalled every now and then.”

Perhaps foremost, “Right to Offend” keeps returning to comedy’s importance as a tool to tackle and highlight issues where the temptation is often to look away, such as public demonstrations of racism and overt White supremacy witnessed during the Trump administration and in its aftermath.
In troubled and unsettling times, comic W. Kamau Bell says, “As a Black comedian, you want to be the person who goes, ‘Let me help you figure out what the f—k is going on.'”

Produced by Kevin Hart, the topic is frankly too big to be completely comprehensive even in a four-hour format, though it does an admirable job of casting a wide net and carefully curating its clips, from pioneers like Redd Foxx to Moms Mabley to Pryor’s short-lived variety show and landmark word-association sketch with Chevy Chase on “SNL.”

Directors Mario Diaz and Jessica Sherif also personalize the presentation by interviewing the children of some of the past comedians featured, such as Pryor’s daughters, Elizabeth and Rain.

In hindsight, the one quibble might be the title, since a frequent point is that Black comics don’t just have a right to offend, but a need, even an obligation, to make audiences uncomfortable in order to expose larger truths.

Such material tends to make Hollywood nervous as well, though as several performers note, success tends to overcome such misgivings, which doesn’t mean that they don’t involve risks. As Rock puts it, when Gregory spoke about racism in ways that risked alienating White audiences, it was “very daring at the time. Still is.”

How to Earn from Expired Domain Investing

How To Start A Bakery: A Simple Guide To Get Started