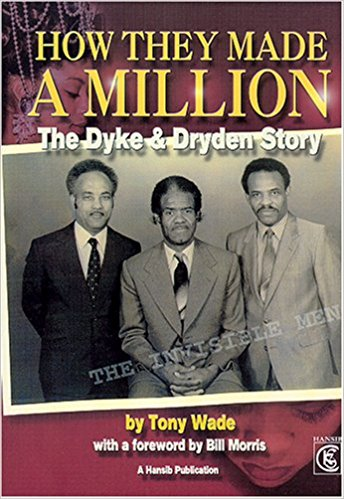 In this article, I will put the torch on the people who paved the way before us and shed light on some untapped black hair and beauty market opportunities for those who can cater to the need.

When it comes to black hair, Paks are the most visible on the high street in certain parts of London. They sell the staple products that African/Carribean people use on their hair daily and have branches in locations where black consumers are concentrated. Even as a 13-year-old boy, I remember the experience of being in the Hackney branch —whilst there was a lot of products to choose from, it was frustrating when none of the staff could recommend the right hair cream that would give me the waves I wanted because they didn’t use the products themselves.

80% of Paks supplies are coming from the US. In the UK it is estimated that black women alone are spending £900m annually. source: courier

In my late teens, I began hearing the first round of pitches from female friends who were making sure I knew they could get “Remy hair” for my sisters that lasted longer and was deemed better quality than existing alternatives. Most of the African girls I knew could do hair by the time they were 14 so this was an experience they understood really well and it felt natural that they would start to see opportunities to create a business out of it.

When it comes to black hair care and beauty in the UK, I have heard the chat, in fact on numerous occasions about why it is unfortunate that non-black races are profiting off a market that black people have chosen not to serve for themselves. Ending these stimulating conversations about economics, unity and wealth distribution, someone will usually break through with “black people don’t buy from each other!”. I bet they won’t have heard the Dyke & Dryden story though— ‘The Cosmetic Kings’.

Their story is one of unprecedented black enterprise in the 60s that shows they were truly trailblazers who succeeded in building Britain’s first black multi-million-pound business enterprise.

If every other black business you encounter in the “ends” is a barber shop, a hairdressing salon — or some hair-nail combo — it is because Dyke and Dryden opened the door for them.

They were loved by the community and served it when no-one else would.

Before they became big, Len Dyke & Dudley Dryden sold records AND cosmetics but when their friend Tony Wade joined the joint venture he recommended that the team put the record business aside and focus on black hair and skin products as he understood that this was the real rising star. Their hustle saw them enjoy amazing growth growing from Tottenham into places like Hackney, whilst also opening outlets in London, Birmingham and partnering with local chemists. To add to their success the team shook hands with notable figures like Margaret Thatcher, launched the Afro Hair & Beauty Expo in the 80s and created beauty contests and travel services for Caribbeans.

This might sound like your everyday story but it’s not and it’s not one without funding challenges — something for a later discussion.

I‘m into distribution, I got them flyin’ across the Atlantic

Since the leading suppliers of black hair and skin products at the time were in the United States, Dyke and Dryden imported the goods from places like New York, Chicago and Atlanta — they created the network and supplied their UK community.

With a deep understanding of what “the people” wanted, the trio saw the opportunity to create innovative products and they created the first perm gel ever formulated and developed in the UK under the name ‘Super Supreme Curl’.

Hair fashion was changing and the trio pitched the idea for a new type of curl to Paul Davies, a manufacturing chemist based in south London and owner of Tor Chemicals.

They also developed a relaxing system for the “straight look”, which got off the ground when Soft Sheen products of Chicago bought a controlling interest in the company — it was a success, especially in Ghana, Uganda and Holland. Many of the niche brands under “Natural Beauty products” helped their expansion in east and west African markets.

The trio even began selling a must-have accessory of the 1970s, the afro comb that was a symbol of pride for the afro itself. Many suppliers originally rejected the idea but thanks to their tenacity, they were able to convince a factory that eventually couldn’t keep up with the demand.

The arrival of hair shop Dyke and Dryden in Tottenham in the 1960s, Britain’s first black-owned multi-million pound business, helped create a mass market for afro combs after it teamed up with a Nigerian company to exclusively distribute them

Their story is captured in articles around the net and fortunately one of the trio was around to share the story via this video interview.

But why has the largest share of ownership ceded from the black community?

Business is market driven and if you’re smart enough to provide what people want, then off course they will go and get it from wherever they [want]…[black people] have the same opportunities as the Asian people have but they didn’t take the opportunities — Tony Wade (partner of Dyke & Dryden distributors)

Whilst Dryden & Dudley Ltd retailed, distributed and later manufactured hair care products to the African Caribbean community, they eventually sold up and left room for second-movers to fulfil the demand. Today businessmen from the South Asian community are prominent in the wholesale and retail parts of the supply chain because they have provided what black people want and made it more accessible.

One thing I can hypothesise from the Dyke & Dryden story is that they were able to work together successfully. By adding value in local communities which includes supporting lawyers, partnering with chemists and bringing their friend Tony Wade into the venture they created strong relationships needed in business and the support which helped them secure funding and overcome challenges like fighting opposition from British Rail.

In a supply chain where you are moving goods from manufacturing, distribution, retail and to the consumer many variables play a part in getting goods out the door.

No market is perfect, those who win are those who can serve their customers better than anyone else in the market

So what’s going on at the moment?

I want to shed light on diverse perspectives and open up the intricacies so that the disparate players can work together and make shit happen. I believe there are opportunities for investors to make more informed decisions that provide a return on their investment whilst benefitting the communities they are participating in.

A potentially $500 bn market, black women are still finding that the experience is not great in high-street shops and are turning to advice from people they can relate to online. It is also important to be aware of changing trends with 63% of black women purchasing from independent storesaccording to insight from Mintel only a few years ago and a shift towards natural hair products for many consumers. This opens opportunities for suppliers and manufacturers who can provide products that are less damaging as relaxers have turned out to be for example.

It has also opened up opportunities for companies like Afrocenchix to cater with more naturally-formulated hair products and subscription services for curly hair. Women who try new styles will usually have a different stylist depending on the look they are going for or turn to sites like The Black Hair Book to find good stylists.

The high-street appears to be the most commoditised and despite understanding what her consumers want, owner of XSandy’s has cited that pricing affected their ability to compete. Only those with massive purchasing power will be able to control price; and price is an important factor on the high-street — particularly in a low margin, high volume business.

Independent salons typically don’t have the purchasing power either so whilst they can benefit from having the customer in their chair and create extra income for themselves, generally, black women will want more choice and good quality which is why they tend to bring the hair they style with to the shop.

Online is growing and the market appears to be fragmented because it enables new players to enter with relatively lower costs whilst benefitting from global demand. Thanks to YouTube and Instagram, many black women engage/share knowledge creating trust with potential buyers and the consumer journey starts here for the growing group of black women who have grown up on the internet and change their hair more often.

This trend appears to have started in the US but UK YouTubers are just as knowledgeable these days says Emmanuela, CEO of Pride Hair & Prestige hair

People prefer to buy online, want to see reviews, and know who the other people wearing it are

AllShadesCovered (ASC) for example are aggregators that are increasing choice and leverage a relatively leaner model through the benefits of being online. ASC can use the money that high-street spend on gas/electricity/rent to double down on marketing and leverage demand from all over the world. They are probably also less reliant on wholesalers allowing them to purchase directly from Suppliers in South East Asia.

The key thing is if you’re on the retail end (online, high-street, salon) and you’re selling hair you use yourself you are closest to the customer and have the advantage of the information. You are also likely to get more insights with people you naturally engage within non-transactional settings outside of work.

Why are there not more black-owned wholesalers + distributors?

I believe there is room for wholesalers and online sellers to create working relationships where both parties can benefit.

Black-owned online sellers have complained that they are not being given favourable terms that work with their sales cycle — they don’t want cash tied up in stock. Wholesalers, on the other hand, want a steady stream of income they can rely on and a customer that will continue buying from them. Perhaps there can be a partnership model between wholesalers and online sellers?

By building up wholesales in the supply chain who are aligned we can have innovations like Dyke & Dryden had before. Maybe today it’s not Afro combs or maybe it is? Retailers who understand what customers want will still be reliant on manufacturers and Wholesalers so I believe there is a gap in this part of the chain.

As a business, you should be aware of what your value proposition and use this to guides the decisions you make about what to focus on and not to focus on.

In the end, it’s about what you can consistently deliver to keep the end user happy.