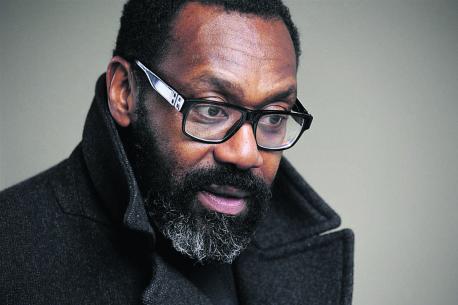 A meeting I attended this week, chaired by the culture minister Ed Vaizey in the House of Commons, was in many ways a ground-breaking event. For the first time, representatives from film, television and the performing arts came together to acknowledge that representation among black, Asian and ethnic minorities across the television and film industry – most significantly behind the camera – has fallen.

It has  fallen from 7.4% in 2009 to 5.4% in 2012, and is continuing to decrease, and that it is not an acceptable state of affairs in a vibrant democracy which boasts a rich diversity of cultures. Most important, we recognise it is our job collectively to reverse this trend by ensuring that the inequalities faced by ethnic minority talent become a thing of the past.
Many options and possibilities for changing the landscape and increasing ethnic minority representation were presented, debated and discussed – not least the question of accountability. Where initiatives are implemented to ensure training, access and opportunity for increased employment of ethnic minority talent, the success of these initiatives must be measured in results – sustained employment, and career progression within organisations right up to commissioning, editorial and management level. If change is to be effective, these policies must have teeth.
The Exodus
Of course, we should be proud that British ethnic minority talent is enjoying amazing success in Hollywood, and by doing so benefiting our country’s film and television industry. Personally, I think we will all be immensely proud on Oscar night – just as we were during the 2012 London Olympics, when we presented Team GB in its full multi-ethnic, multicultural butt-kicking glory.
Steve McQueen will be there to hear the outcome of his best-director Oscar nomination for 12 Years a Slave, as will Chewitel Ejiofor for best actor in the same film. But we can also be proud of Amma Assante, director of Belle; David Oyelowo for his roles in The Help and The Butler; and Idris Elba in Mandela: Long Walk to Freedom. We are likewise proud of Naomie Harris in Skyfall and Mandela, and Sophie Okonedo in Hotel Rwanda.
Meanwhile, Marianne Jean-Baptiste, Parminder Nagra, David Harewood and Lennie James have all achieved success in American television. The list goes on but, crucially, success on the other side of the pond should not be as a result of the lack of opportunity for the same success in Britain.
The exodus of black and Asian on-screen talent has been duly noted – now, writers, directors and producers are also vanishing from television and film and seeking employment elsewhere because there is not enough work to keep them here. Adrian Lester said recently that there was no point asking ethnic minority talent why they are not used more often in our film and television industry, because they are rarely in the room when the decision to use or not to use them is made.
In many ways, Lester is right – the people who decide who gets to be in front of the cameras (and behind) in high-end drama and comedy are about as un-diverse a group as you can get.
Status Quo
This isn’t about racism or prejudice, this is about a status quo that must change in order to satisfy a rapidly departing section of our audience, who, because they do not see themselves on terrestrial television, migrate en masse to cable or satellite. They go for sport, movies and shows where they might see someone who – although American – at least looks a bit like them.
I lament the passing of Play for Today, Armchair Theatre, Screen One and Two and Comedy Playhouse – because these shows gave a platform to new talent and new writing on primetime television. Whenever an ethnic minority writer was showcased on one of these programmes, I remember that everyone in the family was dragged in front of the television because this was important – this was one of our stories.
Now, with more authored shows like Southcliffe and shorter runs like Broadchurch, The Fall and so on, new writers are excluded. We now have a small, golden circle of chosen writers who do everything – in effect closing the door on everybody else.
People just want to work
Perhaps the way forward would be if broadcasters created more slots where new talent can have the opportunity to shine – producers, writers, directors, costume designers, actors and so on – creating the chance for green-lighters, producers, script editors and casting directors to respond accordingly with further employment. That’s what this is all about – access. Ultimately, people just want to work.
We have a small golden circle of writers who do everything, in effect closing the door on Britain’s rich diversity of talent
By Lenny Henry, 24 Jan 2014
Source: The Guardian newspaper

The debate continues. 18 March 2014
The actor and comedian Lenny Henry has called for new legislation to reverse the “appalling” percentage of black and Asian people in the creative industries.
Henry said the situation has “deteriorated badly” with the number of black, Asian and minority ethnic (BAME) people working in the UK television industry falling by 30.9% between 2006 and 2012.
They now make up just 5.4% of the broadcasting workforce, which Henry described as an “appalling percentage”.
Delivering the annual Bafta television lecture in London, Henry said he was speaking on behalf of the 2,000 BAME people have left the industry over the last three years while the industry overall has grown by over 4,000.
And he said even star actors such as David Harewood are still “frustrated by the lack of opportunities in the UK” and “very disappointed offers are still not coming in”.
Henry contrasted pictures of the casts of US and UK dramas such as Gray’s Anatomy and the mostly white Channel 4 series Southcliffe and ITV’s Broadchurch, saying you “rarely see a black face” in high-end British dramas and comedies such as ITV’s Downton Abbey.
He is putting a proposal to BBC director general Tony Hall on Tuesday and to the regulator Ofcom intended to encourage more productions to use BAME actors and production staff.
Paraphrasing Martin Luther King, he said he had a “screen dream” that he said, “would need some kind of legislation”.
Henry’s plan involves ringfencing money for BAME shows and setting targets adapted from the BBC’s model that it has used to increase the number of programmes from the nations and regions by 400%.
He has proposed three criteria that could be used to define a BAME production and says two out of the three would have to be satisfied for a show to qualify.
The criteria include 50% of production staff on a project must be BAME and 50% of onscreen talent must be BAME; and the production company controllers and/or the managing executives and/or senior personnel must be 30% BAME.
Henry’s proposal also says, “commissioners should be appointed to actively seek out and commission from BAME productions.”
Henry said culture minister Ed Vaizey is “very keen” to “put pressure on broadcasters and producers, “so it has teeth”.
He said: “We do need to smash through the glass ceiling … it’s the boardroom too.”
“Since 2008, I have noticed another worrying trend. Our most talented BAME actors are increasingly frustrated and they have to go to America to succeed.”
He said they have often told they do not have the “marquee power” but argued that this is no longer the case.
Henry pointed out that in BBC1’s Luther, which stars Idris Elba, Elba’s character John Luther “has no black friends … you never see Luther with black people, what’s going on?”
He said it was an issue for the “entire industry” to “reflect society” but did highlight the BBC’s charter which he argued pledges to reflect not only the nations and regions but also “communities … what about communities, more precisely BAME communities?”
There have been attempts in the past to try and resolve the issue through mentoring and training schemes but Henry said it is not enough and now targets are needed and monitoring figures on ethnicity will help with “shaming” the industry.
However he said he was optimistic that people “want to talk” about his proposals and he hoped for “radical change”.
Henry’s comments follow a call he made in January at a diversity forum chaired by Vaizey for broadcasters to employ more black and Asian people.
by Tara, Conlan,  Guardian Newspaper