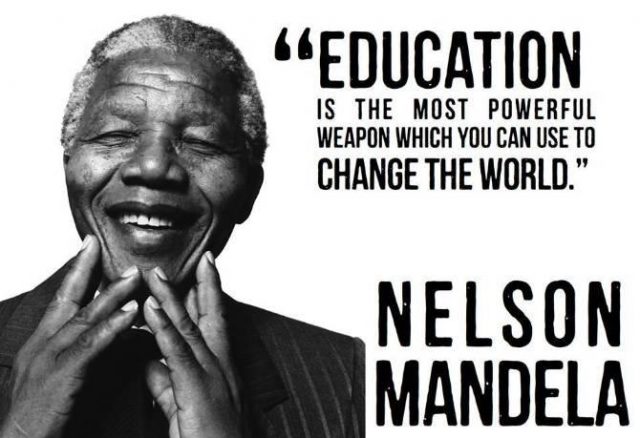 The desperate inequality between private and state schools can only be addressed by a truly radical solution.
Put an end to educational apartheid
Peter Wilby
first published by The Observer, Sunday 7 July 2002
One might have guessed that if, as the New Statesman revealed earlier this year, thousands of chattering-class parents in north London were paying for their children to receive private tuition on the side, the Blairs, who, in spirit, remain Islington to the core, would be among them. The Prime Minister’s attitude has been perfectly consistent ever since he became Labour leader: he is a normal, middle-class family man who wants the best for his children.
He would like, as a good, liberal-minded, socially conscious sort, to send them to the local comprehensive but it is, alas, a little rough, and it doesn’t get enough students into Oxbridge. So he carts his children across the city to the London Oratory, a school that is technically a comprehensive but is widely regarded as being both socially and academically selective.

To this advantage, he adds tuition from teachers at Westminster, one of the country’s most élite private schools. It hardly needs saying that, even if children from the poor areas of London got into the Oratory, their parents couldn’t afford £100 a week for tuition. Why, then, should anybody be surprised that, as social research tells us, the gap between a working-class child’s chances of getting into a top university and a middle-class child’s chances continues to widen?

The Blairs, like many other middle-class families, will shake their heads over this but their concern for the wider social effects of educational inequality wanes as their children progress through the school system. Nobody’s belief in social justice, community spirit, workers’ solidarity, fair shares and the rest of it long survives the terror of their children flunking GCSEs and A-levels.

Even advantaged state schools like the Oratory struggle against the private sector in the competition for entry to the élite universities, particularly Oxford and Cambridge. That is why the young Blairs need private tuition. Fee-charging schools have smaller classes, more highly qualified teachers and better buildings and equipment. They can select out or kick out the dim and the disruptive and can concentrate their efforts on the academic qualifications needed for university entry, without having to worry about the education needed for those who will become carpenters or waiters.

They send dozens of children to Oxford and Cambridge every year and so have the contacts and the experience to guide their charges through interviews and other entry hurdles. The top comprehensives may be able to give a child an excellent chance of an élite university place; the private schools can virtually guarantee it. All else said on the subject is waffle.

As a result, the 7 per cent of children who attend private schools take nearly half the places at Oxford and Cambridge and nearly a third of the places at other élite universities such as Durham, Manchester and Bristol. It is crude educational apartheid and a major obstacle to the equality of opportunity that New Labour says it wants.

The restoration of state grammar schools would makes no difference. The grammar schools flourished 40 years ago, when private schools were still more concerned with social conditioning than academic success. In those days, the private sector was simply not meritocratic in the sense it is today; many schools hardly taught science and they prepared a high proportion of pupils for the armed services or the City, neither of which was interested in degrees.

Now, no matter how much the state schools heed calls to pull their socks up, or acquire fancy new names like beacon schools or city academies or science and technology colleges, or obey ministerial injunctions to abolish mixed-ability teaching classes, they can never compete on equal terms with fee-charging schools. Would the latter stand still and allow their market to wither away? Of course not. They would focus even more fiercely on university entry, make classes even smaller and upgrade the laboratories. The fees would rise, but past experience suggests no limit to their customers’ willingness to pay up.

So what’s the answer? There is a very simple one. We change the whole basis of élite university selection. Each year, Oxford and Cambridge between them admit 6,000 UK undergraduates. There are about 6,000 schools and colleges that have young people taking A-levels. The top pupil from each – the one who achieves the best A-level results – should get a place at one of the two universities.

This is a crude version. But we could include Durham, Bristol and some of the London University colleges and select, say, the top half-dozen from each school; this would create enough flexibility to allow for the successful students’ different subject preferences. We would have to take some account of the size of school or college. The whole thing would be arbitrary and unfair, but not nearly as arbitrary and unfair as the present system.

Such a scheme would transform both education and society. Why would anybody pay for a private school if it could deliver no more top university places than the local comprehensive? Why would people clamour to get into the London Oratory? On the contrary, ambitious parents would calculate that they were better off sending their children to the most bog-standard comprehensives they could find on the grounds that the competition would be less intense. On the same principle, the housing market might be turned upside down, because the premium would be on property in deprived areas close to ‘problem’ schools, not on the schools in the suburbs.

Far from falling, standards would probably rise because all the research suggests that the most successful comprehensive schools – raising the achievement levels of all types of children – are those that have a broad mix of social backgrounds and academic abilities. My scheme would virtually guarantee the social mix that most comprehensives have always lacked.

I do not claim for this proposal that it would increase social mobility. The middle classes would manipulate this system, as they manipulate the present one, to their advantage. The Blairs and their like would pay for private tuition so that they scooped the top places in their chosen school. The people who got to Oxford and Cambridge would probably be very similar to the people who go now. But at least we would be rid of our vicious educational apartheid.