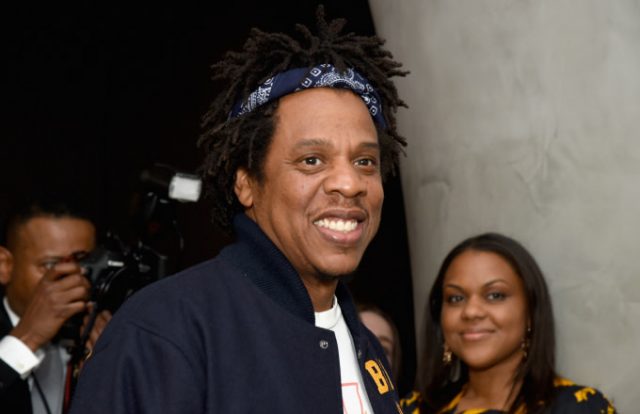 The vibe must still be in his veins. On Tuesday, it was announced that JAY-Z has returned to the game, but this time he’s legit.

In a statement, JAY-Z detailed his multiyear partnership with the California-based cannabis company Caliva. Per Caliva, Jigga will serve as the company’s chief brand strategist with the goals of molding the creative direction and increasing Caliva’s outreach efforts. Hova also has a societal interest in the industry. Outside of marketing the brand, JAY-Z wants to increase the “representation and participation” of those with criminal records who are prohibited from participating in the growing industry.

“Anything I do, I want to do correctly and at the highest level,” Jigga’s statement read. “With all the potential in the cannabis industry, Caliva’s expertise and ethos make them the best partners for this endeavor. We want to create something amazing, have fun in the process, do good, and bring people along the way.”

Caliva currently operates a farm and two stores in Northern California. The company focuses on community outreach by offering steady jobs to those affected by the San Francisco-area wage gap. To have their efforts recognized by the God MC is something Caliva CEO, Dennis O’Malley, described as “humbling.”

“For Jay-Z to seek out Caliva as a partner is humbling and confirms our mission of being the most trusted name in cannabis,” O’Malley told Rolling Stone. “To find that we were in complete alignment around our values and ethos was just a home run. We believe this partnership is unparalleled in this or any business and we could not be more pleased to be working with him and have him as our Chief Brand Strategist.”

JAY-Z isn’t the only celebrity intrigued by Caliva’s “ethos.” At the beginning of the year, the venture capital firm of NFL Hall of Famer Joe Montana helped the company raise close to $75 million.

This new venture adds to JAY-Z’s latest winning streak. On Thursday, The Blast announced that JAY-Z has reached a settlement with Raynard Herbert, who claimed he was entitled to royalties from the Reasonable Doubt album. Per documents obtained by the site, Herbert and Hova reached an agreement that resulted in the case being dismissed without the option to refile. Also, JAY-Z’s raise from friendly neighborhood drug dealer to hip-hop’s first billionaire will finally be documented. In an exclusive report to Entertainment Weekly, Michael Eric Dyson revealed he will be writing out JAY-Z’s journey in a book titled, Jay-Z: Made in America. The book is currently available for pre-order and will hit the shelves on Nov. 26.

Cannabis recently became legal countrywide in Canada and is legal for medicinal use in 33 U.S. states, and for adult recreational use in 10 states. The cannabis industry is already gaining wide support on Wall Street with money flowing into cannabis investments of all kinds. Venture capital (VC) firms have already sunk $1.3 billion into 150 cannabis-related deals in the first half of 2019, surpassing the $1 billion total for all of last year. Private equity firms are also jumping in at a rate this year that is outpacing last year’s investment total of $474 million.

Publicly traded cannabis companies like Cronos, Tilray and Canopy Growth have been among the most widely traded and volatile stocks of the past year as investor interest has taken hold of the sector. While still losing money, their market values have turned them into multi-billion dollar companies, on paper.

What it Means for Investors
In his multiyear partnership as Caliva’s Chief Brand Strategist, Jay-Z, whose full legal name is Shawn Carter, is expected to play a critical role driving the company’s creative direction, outreach efforts and strategy for the brand. Caliva serves 750,000 customers in California with more than 250 retailers carrying its products, and has experienced 3.5x year-over-year growth, according to the company’s website. “With all the potential in the cannabis industry, Caliva’s expertise and ethos makes them the best partner for this endeavour,” Carter said. “We want to create something amazing, have fund in the process, do good and bring people along the way.”

In late February, Martha Stewart announced that she would be teaming up with Canopy Growth Corp. to take on an advisory role to help develop products for both humans and animals. Canopy, the world’s largest pot company, is conducting clinical trials exploring how cannabis might be beneficial to human and animal health, including the effectiveness of CBD, one of the hemp plant’s non-intoxicating compounds. “I am looking forward to working with the Canopy Growth team,” Stewart said. “I’m especially looking forward to collaborating on developing products that can help people and their treasured animal companions,” according to Bloomberg.

12-time PGA Tour winner Bubba Watson entered into a multiyear endorsement deal with cbdMD Inc. (YCBD) earlier this year. Watson, who says he has “personally felt the benefits of cbdMD’s products,” will wear the company’s logo on his hats during PGA Tour events and participate in other promotional opportunities. The PGA, however, had earlier issued a warning that CBD products could contain the psychoactive ingredient THC, which is banned by the Association. Regardless, CBD MD’s president Caryn Dunayer said, “By joining forces with one of the biggest names in the sport, we’re excited to see how the golf community embraces the newfound popularity of CBD.